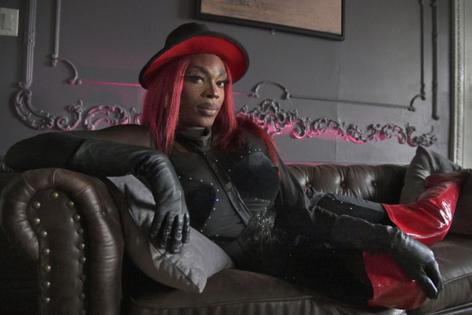 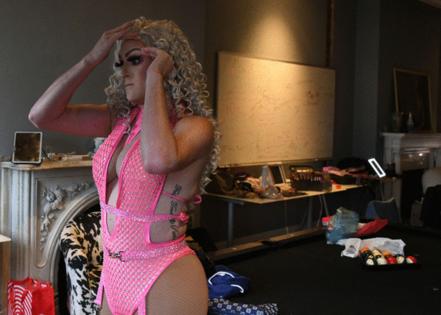 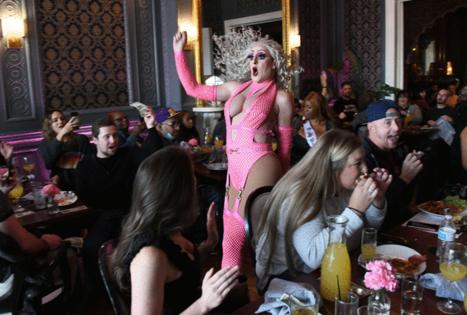 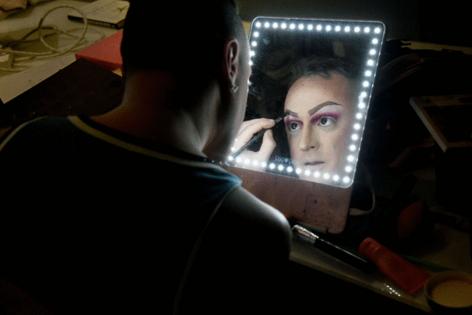 BALTIMORE -- Phillip Brown wanted to throw out all the tricks when opening at The Manor for Symone, the season 13 winner of “RuPaul’s Drag Race.”

The energetic drag queen knew that a 360 jump split, which requires him to leap in the air, make a full turn and land in a split, would win over the crowd that the headliner had attracted to the gay restaurant and lounge in Mount Vernon. Brown, whose drag name is Bambi Ferrah, had performed the trick in more than a dozen past performances.

But something about that day last June was awry. He knew it in midair, when a patron stepped into his landing area.

“I didn’t feel anything immediately,” said Brown. “I didn’t know that I broke my wrist. I went to go grab a dollar with my left hand and my left hand wouldn’t close.” When he rolled up a sleeve of his rhinestone-encrusted, pink and black catsuit, he saw his arm had been mangled into a “W” shape. He soon lost consciousness.

Brown could not perform for three months. He estimates he lost out on more than $10,000 in bookings and tips. Brown, who lives in Westminster, also could not work at his day job as a hairdresser in Bethesda. And he still feels the injury’s effects.

“My mobility is too limited for someone who is 35,” he explained. “I don’t have full rotation. I can’t bend my wrist back or down.” He planned to undergo surgery to graft a piece of his left tibia into his left wrist to help repair the injury.

For drag queens, such injuries are a reality of the craft they love. Dangers range from the severe injury to wear-and-tear, such as hair loss due to the use of wig glue and skin damage from excess makeup and substances used with fake nails.

What’s more, the industry is not set up to support injured workers. Venues do not provide health insurance, as performers are not employees. For those who depend on performing for income, it is a game of roulette. Some have money set aside for medical costs and lost wages. Others, like Brown, say they are lucky to be covered by a partner’s insurance.

‘It took about four months to recover. I couldn’t move’

The injuries that drag queens can sustain also expose a hierarchy in the industry. “Local girls,” drag queens who have not appeared on shows such as VH1′s “RuPaul’s Drag Race” and thus do not command the fees that can hover around $10,000 per performance, rely on tips and a percentage of a venue’s cover charge.

Several countries, including the U.S., have identified or are investigating unexplained hepatitis cases in children. While the reported cases are appearing in clusters, they remain rare. About 200 children are affected ...Read More