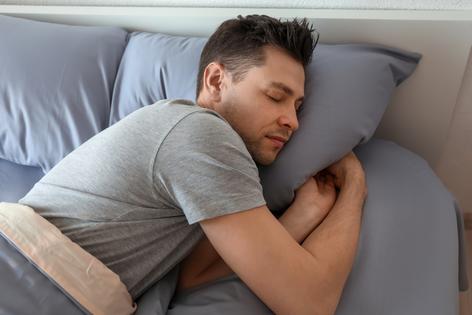 In one blog post I discussed how beneficial sleep is for memory function. But sleep isn’t just good for your memory; it can actually reduce your risk of dementia — and death. Although it has been known for some time that individuals with dementia frequently have poor, fragmented sleep, two studies suggest that if you don’t get enough sleep, you are at increased risk for dementia.

In the first study, researchers at Harvard Medical School studied more than 2,800 individuals ages 65 and older participating in the National Health and Aging Trends Study to examine the relationship between their self-report of sleep characteristics in 2013 or 2014, and their development of dementia and/or death five years later. Researchers found that individuals who slept fewer than five hours per night were twice as likely to develop dementia, and twice as likely to die, compared to those who slept six to eight hours per night. This study controlled for demographic characteristics including age, marital status, race, education, health conditions and body weight.

In the second study, researchers in Europe (including France, the United Kingdom, the Netherlands, and Finland) examined data from almost 8,000 participants from a different study and found that consistently sleeping six hours or less at age 50, 60 and 70 was associated with a 30% increase in dementia risk compared to a normal sleep duration of seven hours. The mean age of dementia diagnosis was 77 years. This study controlled for sociodemographic, behavioral, cardiometabolic, and mental health factors, although most participants were white, better educated, and healthier than the general population. In addition, approximately half of the participants had their sleep duration measured objectively using a wearable accelerometer — a device that tracked their sleep using body movements — which confirmed the questionnaire data.

Inadequate sleep in midlife may lead to dementia

What’s new here is that inadequate sleep in midlife raises one’s risk of dementia. There are many reasons for poor sleep in middle age: shift work, insomnia, caretaking responsibilities, anxiety, and pressing deadlines, just to name a few. Although not all of these are controllable, some are. For example, if you’re currently only sleeping four to five hours because you’re up late working every night, you might want to change your habits, otherwise you risk developing dementia by the time you retire!

This relationship between sleep in midlife and dementia in late life is important not only from a clinical perspective, but also from a scientific one. It had always been a bit of a chicken-and-egg problem when trying to interpret the relationship between poor sleep and dementia. Was it really poor sleep that caused dementia, or just early dementia symptoms causing poor sleep? By looking at individuals who were initially studied in midlife — some as young as age 50 — we now have greater certainty that poor sleep can increase one’s risk of developing dementia 25 years or more in the future.

Flush your brain while you sleep

Although it is not totally understood why inadequate sleep increases your dementia risk, one possible reason relates to the deposition of the Alzheimer’s protein, beta amyloid. Beta amyloid is the protein that clusters and clumps together to form Alzheimer’s plaques. No one is completely certain what its normal function is, although there is increasing evidence it is involved in the brain’s defense against invading microorganisms.

During the day, we all make some of this beta amyloid protein in the brain. When we sleep, however, brain cells and their connections actually shrink. This shrinking allows more space between the brain cells, so that beta amyloid and other substances that accumulate during the day can be flushed away.

So the theory is, if you don’t get enough sleep, your brain won’t have enough time to drain away beta amyloid and other substances. These substances then continue to accumulate, day after day, until they cause dementia.

Sleep isn’t merely an annoying interruption between the important aspects of our waking lives. Just like eating right and exercising, sleep is absolutely essential for good brain health. These two new studies show that the harmful effects of inadequate sleep can start at age 50 (if not earlier), and they can lead to early dementia and death. But the good news is that you can reduce your risk of dementia by simply giving yourself six to eight hours of sleep each night. Try to avoid sleeping pills, as they don’t give you the deep sleep you need. If you’re having trouble sleeping, nonpharmacological approaches are best.

May is National Osteoporosis Awareness and Prevention Month, which makes this a good time to learn more about this bone disease. Osteoporosis affects approximately 10 million people in the U.S., 80% of whom are women, ...Read More

The average healthy woman begins menopause at 51, though some women will begin in their 40s or in their late 50s. It's a natural biological process that marks the time a woman ends her menstrual cycle.

Q: My teenage son has autism and I want to help him navigate the transition to being an adult, including adult health care. How can I do this?

As the Supreme Court appears poised to return abortion regulation to the states, recent experience in Texas illustrates that medical care for miscarriages and dangerous ectopic pregnancies would also be threatened if ...Read More

It’s estimated that millions of people in the U.S. use period-tracking apps to plan ahead, track when they are ovulating, and monitor other health effects. The apps can help signal when a period is late.