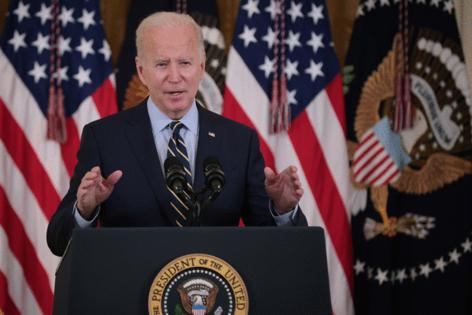 All Americans are protected as of Jan. 1 from unexpected out-of-network medical bills, thanks to the implementation of legislation to ban surprise medical billing, but many lawmakers want the Biden administration to make more changes to line up with what they argue was Congress’ intent in crafting the law.

“At this point, it’s another principle involved. Can you just really totally reject that which Congress has said because you don’t like it? Or because maybe a couple of members of Congress who didn’t get their way influence you?” Sen. Bill Cassidy, R-La., told CQ Roll Call, expressing his frustration.

The issue is who pays for medical care when a patient receives a surprise medical bill, and how to decide how much they owe — an issue that has long divided lawmakers and the health care industry.

The surprise medical bills at issue include charges as a result of emergency care at an out-of-network hospital or when an out-of-network doctor treats a patient at an in-network facility. The law that took effect Saturday calls for an arbitration process that is based on the median in-network rate for a service.

Insurers argue this was Congress’ intent. But lobbyists for hospitals and physicians say it’s crucial the arbiter considers more factors than just whatever the median in-network insurance payment is for a service when determining final payments.

Some lawmakers agree with the insurers, while others agree with providers’ interpretation of congressional intent and want the agency to change the policy.

Surprise medical bills are extremely common among Americans with private insurance. Nearly 1 in 5 patients who go to the emergency room, have an elective surgery or give birth in a hospital receive a surprise bill, with an average cost of $750 to $2,600 per incident, according to a November report from the Department of Health and Human Services.

Cassidy and Sen. Roger Marshall, R-Kan., along with 24 other Republican senators, last week asked the Biden administration to alter its interim final rule to ban surprise medical bills before the implementation date. The lawmakers said HHS’ interpretation of the law deviates from congressional intent when it comes to how payment disputes are settled. No Democrats signed the letter, however.

House Energy and Commerce Chairman Frank Pallone Jr., D-N.J., followed Cassidy and Marshall’s letter with a Dec. 29 statement praising Biden for swiftly implementing the law, calling it “the most significant expansion of consumer protections since the Affordable Care Act” of 2010.

LOS ANGELES — Hospital workers and other health care employees have been getting infected with the coronavirus in rising numbers as cases skyrocket in Los Angeles County, compounding staff shortages at medical centers ...Read More

Don’t worry, we aren’t going to tell you to stop eating after 5 p.m. However, you might be doing some things from the time you log off work until you hit the hay that are preventing you from seeing the scale move. ...Read More

Keeping your partner — or yourself — up at night with loud snoring? This might be more than a nuisance. About 25% of men and nearly 10% of women have obstructive sleep apnea (OSA), a serious sleep disorder ...Read More

The arrival of a new year always feels like a fresh start, but that feels truer than ever this year as the pandemic continues. While it’s a great idea to take stock of how we handled 2021 and what we might want to do ...Read More

DEAR MAYO CLINIC: I consider myself to be in good health. I work out several times a week, but recently I began experiencing episodes of shortness of breath after going up and down the stairs in my home. After running on ...Read More

CHICAGO — The pandemic has revealed some truths: A lack of mental health providers to sufficiently meet the needs of those in crisis (including providers of color); and the stress that COVID-19 has introduced is being ...Read More