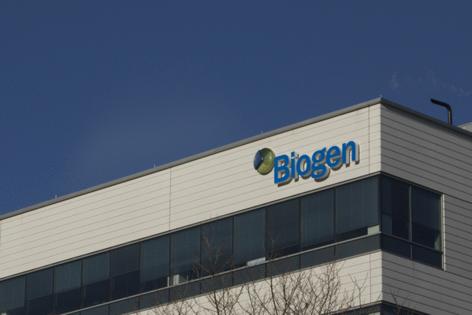 The study in JAMA Neurology found that 362 of 1,029 patients who received the approved dose of the drug experienced the side effect, which showed up in brain imaging of people in two big clinical trials of the drug. While most cases weren’t accompanied by symptoms, 94 patients experienced headache, confusion, dizziness or other effects.

Researchers are trying to understand the potential implications of the side effects — called amyloid-related imaging abnormalities, or ARIA — now that the drug is on the market and may be used in a wider group of patients than the carefully run clinical trials. Concerns have also risen since a patient with signs of ARIA reportedly died, although there’s no proven link between the side effect and the death.

Ths study in JAMA Neurology is one of the first formal publications of data from the company’s two final-stage trials of Aduhelm. Efficacy data from the two studies has not been published in a medical journal, but the company said it’s on track for publication soon.

About 19% of patients who received the dose had brain bleeding that showed up on imaging, which sometimes overlapped with swelling, the study found. A total of 41% of patients had either brain swelling, bleeding or both. Of those cases, 14 were judged to be serious, including some people who were hospitalized.

Approved by the U.S. Food and Drug Administration in June, Aduhelm is controversial because the two large trials produced contradictory results as to whether it slows Alzheimer’s cognitive decline. Some of FDA’s scientific advisers resigned in protest after the approval, which was based on the drug’s ability to remove an Alzheimer’s-linked protein called amyloid from the brain.

The safety data follows a recent report to the FDA of the death of a 75-year-old woman that may have been linked to the drug’s side effects. RBC Capital Markets analyst Brian Abrahams noted the patient death in a report and later obtained a detailed case report via a freedom of information request. The patient’s death “looks related to ARIA, which was likely due to aducanumab,” Abrahams said Nov. 18 in a note to clients, using the generic name for Aduhelm.

Biogen responded to the RBC report, saying the cause of death is unknown and the report provides only a partial view of the case. The patient was hospitalized after a seizure and diagnosed with brain swelling thought to be ARIA, Biogen said in its statement. The patient was being prepared for discharge when she deteriorated and was transferred to another facility, the company said.

As the holidays approach, COVID-19 cases are surging in parts of the U.S., and community transmission is high. With more people planning to travel and gather in the weeks to come, health experts are issuing updated ...Read More

MIAMI — With a Jan. 4 deadline looming for medical providers to abide by new federal rules and fully vaccinate their workers against COVID-19, many of South Florida’s largest hospitals are reporting that they have ...Read More