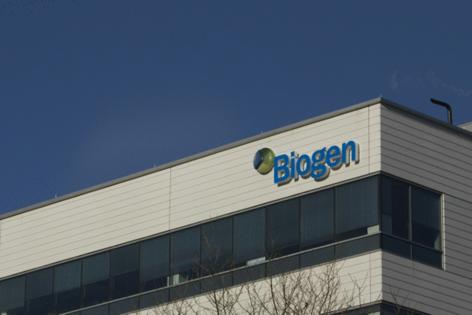 None of the 25 large insurers that responded to a Bloomberg News survey judged the $56,000-a-year drug “medically necessary,” a term used to describe treatments that are needed for specific ailments and meet medical standards. Most have deemed Aduhelm experimental, while some say they’re still evaluating it.

Insurers cited uncertainty about benefits and side effects for their denials. Still, Humana Inc., the nation’s second-largest Medicare insurer, is covering the drug for members who resemble those it helped in clinical trials.

Health insurers and government programs will play an outsize role as gatekeepers for Aduhelm, which the Food and Drug Administration approved despite objections from its scientific advisers and contradictory clinical trial results. Some patients are paying for the therapy out-of-pocket or seeking free supplies, while doctors who want to prescribe the drug must work hard to justify it.

“It’s very difficult to spend that much time getting something approved on a case-by-case basis,” said Schulz, who’s treating about half a dozen people with Aduhelm. He’s received fees from Biogen for giving speeches.

Medicare, which covers 63 million elderly or disabled Americans, won’t set its final policy for Aduhelm until April, though the program is already raising premiums in anticipation of demand. Private insurers say they need more evidence that the treatment actually slows the rate at which Alzheimer’s patients deteriorate.

Aduhelm isn’t medically necessary for Alzheimer’s treatment “as a clinical benefit has not been established,” a representative for Health Care Service Corp. said in an email. The company has almost 17 million members in Blue Cross Blue Shield plans across five states, including Texas.

Biogen didn’t respond to requests for comment for this story.

Doctors, patients and families are desperate for relief from memory-robbing Alzheimer’s that affects some 6 million Americans, most of them elderly. Aduhelm removes amyloid plaques, protein deposits that are believed to play a role in the condition’s attack on the brain.

MIAMI — With a Jan. 4 deadline looming for medical providers to abide by new federal rules and fully vaccinate their workers against COVID-19, many of South Florida’s largest hospitals are reporting that they have ...Read More

Our second holiday season under the shadow of COVID-19 is right around the corner. And though the pandemic isn't over and it's still important to take precautions, this year, many are vaccinated, so we're in a better ...Read More

PHILADELPHIA — Just two weeks after COVID-19 shut Philadelphia down in March 2020, Penn Medicine had already reengineered a program designed to monitor lung disease patients so that its staff could keep tabs on those ...Read More

It's cold and flu season on top of the ongoing COVID-19 pandemic. The concern this year is the early arrival of respiratory syncytial virus, along with an uncertain flu season after a mild one last year due to many people ...Read More

November is National Diabetes Month, which makes this a good time to learn about the particular challenges of diabetes and menopause.

More than 34 million people in the U.S. have diabetes, and more than 88 million adults ...Read More

LOS ANGELES — Even with nearly 63% of Californians fully vaccinated, some public health officials worry that big gatherings this holiday season could lead to big outbreaks of COVID-19. But families looking to reunite ...Read More