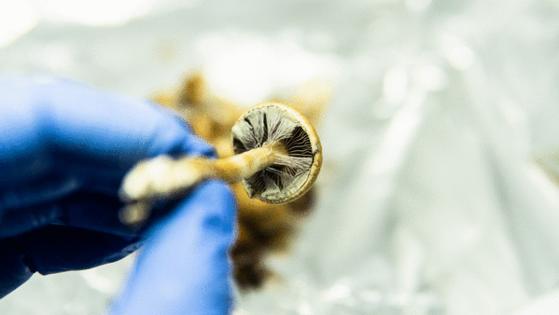 Pennsylvania could become a leader in studying magic mushrooms as a treatment for mental illness under a bill that was introduced last month in the House of Representatives and is scheduled for a Health Committee vote Tuesday in Harrisburg.

The proposed legislation, the Public Health Benefits of Psilocybin Act, would establish a framework for clinical studies of psilocybin, the active ingredient in magic mushrooms. It would give researchers some cover for sidestepping cumbersome federal regulations that still categorize the substance as having no accepted medical use despite growing evidence that it does.

Experts and advocates said that even if it doesn't become law, the Pennsylvania bill's introduction is a sign of building momentum in the United States for research into psilocybin as a potential therapy for the most serious cases of depression, post-traumatic stress disorder, and other mental illnesses. Oregon legalized psilocybin in 2020, while Texas is sponsoring research.

"It's very clear at this point that current treatment that we offer people is not effective. It has limited efficacy for some people and no efficacy for many people. We need to do better," said Brett Waters, a lawyer in New York who founded a nonprofit to advocate for psychedelics-assisted psychotherapy.

"The real purpose of this effort is to prevent suicides, opioid overdose, alcohol-related deaths," said Waters, who grew up in Wynnewood and whose mother and grandfather died by suicide after long struggles with mental illness. Waters and his nonprofit, Reason for Hope, are also pushing for research legislation in New York, North Carolina, and Florida.

Listed as the prime sponsor of the Pennsylvania bill is Tracy Pennycuick, a Republican from Montgomery County and Army veteran who is in her first term. She has 20 cosponsors, a rare mix of Democrats and Republicans.

Pennycuick's bill directs the state Department of Health, which would administer the research program, to prioritize clinical trials involving military veterans, retired first responders, and their family members. The bill does not come with funding attached, which means money would have to be earmarked separately.

One expert wished the bill would generate more urgency to get people into treatment with psilocybin.

"For two decades we've seen rising rates of suicide, rising rates of drug overdose deaths, and so there is a certain amount of urgency on this issue, so I think increasing access is really important," said Mason Marks, a professor at the University of New Hampshire's Franklin Pierce School of Law and head of the Project on Psychedelics Law and Regulation at Harvard's Petrie-Flom Center.

The Pennsylvania proposal falls between what has happened in Oregon and Texas. Oregon legalized psilocybin-assisted therapy in medical settings and is in the process of developing regulations. Texas has a law that went into effect last summer directing the state's Health and Human Services Commission to do a clinical trial of psilocybin for veterans with PTSD in collaboration with the Baylor College of Medicine.

PHILADELPHIA — There's not a whole lot of mirth in the halls of health care right now. COVID-19 has everybody pretty down, and going for medical tests is never anyone's idea of a fun time.

KANSAS CITY, Mo. — Thinking about intentionally exposing yourself to the coronavirus?

Thinking that you'll probably get away with a mild case and become immune to COVID-19?

You need to think again. Even if you're fully...Read More