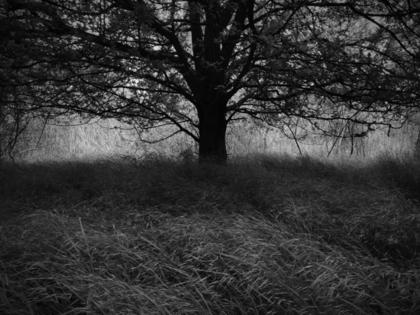 SACRAMENTO, Calif. — As the fall season comes and gloomy weather rolls in, so do the feelings of sadness and fatigue for many. One Sacramento area clinical psychologist said she gets more calls — and an increase in reported depression symptoms — this time of year.

According to non-profit Mental Health America, seasonal depression usually occurs as the seasons change and typically begins in the fall and continues into the winter months.

About 5% of American adults experience seasonal depression, also known as seasonal affective disorder or S.A.D, and it usually lasts about 40% of the year, according to the American Psychiatric Association. .

"SAD is more than just 'winter blues.' The symptoms can be distressing and overwhelming and can interfere with daily functioning," the organization wrote. .

"Some of my clients have reported an increase in depression symptoms," said Dr. Shacunda Rodgers, a clinical psychologist in the Sacramento area. "There are other kinds of stressors, but I've noticed a trend in general that as fall and winter approach, I tend to get more calls versus in the spring and summer."

S.A.D. can occur in the summertime too, however at a lower percentage. According to a Time report, around 1% of the U.S. population experiences seasonal depression in the summer.

Specific causes of seasonal depression haven't been pinpointed yet, according to Mayo Clinic.

But with daylight saving time ending in early November, the change in the amount of sunlight during the day is a potential factor.

"This decrease in sunlight may disrupt your body's internal clock and lead to feelings of depression," it said on its website.

The cost of employer-sponsored insurance plans continues to rise at a relatively steady rate even as a global pandemic has caused dramatic disruptions in how and when people get health care.

Medicare’s annual open-enrollment season is here and millions of beneficiaries — prompted by a massive advertising campaign and aided by a detailed federal website — will choose a private Medicare Advantage plan.

LA CROSSE, Wis. — Some do it for the challenge of chasing down the big game. Others do it as part of a family tradition. And others do it to enjoy being outdoors one last time before winter. Whatever the reasons, many ...Read More

LONDON — It might seem that a steady regimen of rest and relaxation is the best course of action for someone with heart disease, but staying active is essential for the heart and overall health. Elijah Behr, M.D., a ...Read More

In a recent study, researchers attempted to answer the very question posed in the title of this post. Before delving into the findings of this study and how it fits with what we already know about this topic, let’s ...Read More