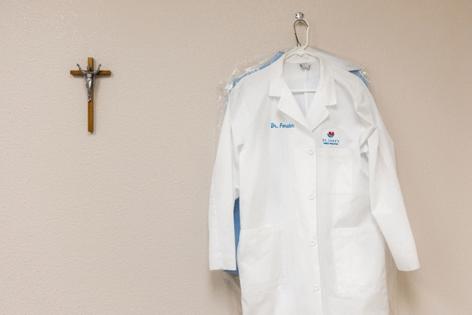 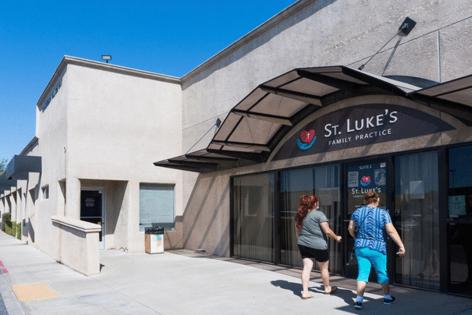 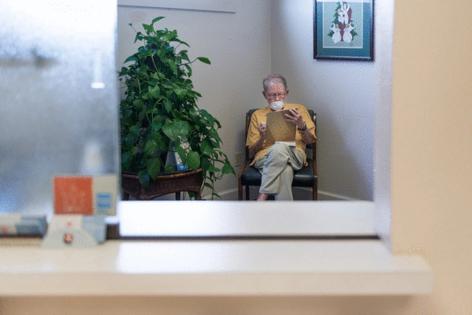 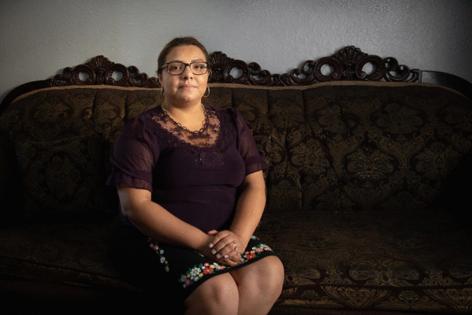 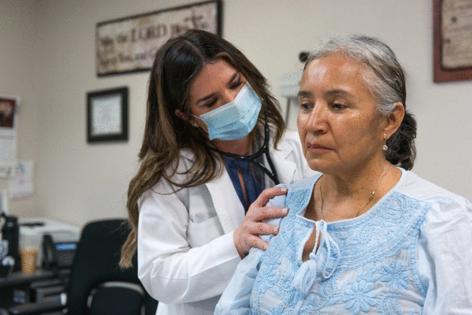 MODESTO, Calif. — Britta Foster and Minerva Tiznado are in different leagues as far as health care is concerned.

Foster, who married into the family that owns the $2.5 billion Foster Farms chicken company, has Blue Shield coverage as well as a high-octane primary care plan that gives her 24/7 digital access to her doctor for a $5,900 annual fee that also covers her husband and two of their children.

Tiznado is from Nayarit, Mexico, and has no insurance. She gets free primary care visits and steep discounts on prescription drugs, lab tests and imaging.

But Tiznado, 32, and Foster, 48, go to the same place for their care: St. Luke’s Family Practice, in this Central Valley city of about 217,000. St. Luke’s, a clinic with a staff of four in a nondescript shopping center, offers an unorthodox combination of concierge-style medicine for the well-off and charity care for the uninsured.

The annual fees that St. Luke’s collects from Foster’s family and some 550 other paying patients help cover free care for a somewhat larger number of uninsured patients, many of them, like Tiznado, Spanish-speaking immigrants who can’t get Medicaid because they lack documents.

The clinic does not accept insurance of any kind but requires its paying patients to have coverage for major medical expenses outside its scope of care.

The paying patients, whom St. Luke’s calls “benefactors,” say they are happy to participate in this “Robin Hood” model. It gives them highly personalized care with great access to their doctors and the emotional satisfaction of supporting those less privileged, the “recipients.”

Foster said it’s been a “huge, huge benefit” for her family to be able to text or call their doctor at any time and be seen on short notice: “Knowing that their group is here also to serve our community makes it all feel even more important.”

Tiznado, who visited the clinic one September morning for a scheduled monitoring of ovarian cysts, said St Luke’s “has helped us a lot — economically and in every way. I think if we moved somewhere else, I would continue coming here.”

But Tiznado and the other uninsured patients don’t get the same 24/7 access that benefactors do. The two groups used separate waiting rooms until the pandemic hit.

St. Luke’s is a local response to systemic U.S. health care problems including physician burnout, patient dissatisfaction and the fact that millions still lack care. Nearly 3.2 million Californians, including 1.3 million undocumented people, will be uninsured in 2022, although the state is gradually expanding Medicaid coverage to many immigrants. St. Luke’s is part of the movement for direct primary care, an alternative for doctors fleeing insurance-dominated medical groups.

Roughly 200 direct primary care practices start up each year in the United States, and there are currently 1,581 of them employing an estimated 3,000 doctors, according to Dr. Philip Eskew, founder of DPC Frontier, which provides resources for doctors who want to make the switch. That’s a tiny fraction of the nearly 209,000 primary care doctors in the U.S.

“We are indeed a small movement at this time,” Eskew said.

Their biggest challenges are regulatory. If the clinics take fees from people enrolled in Medicare, for example, their doctors must forgo Medicare reimbursement anywhere they practice. And some state regulators may consider direct primary care practices to be health plans and impose terms or restrictions that make it difficult or impossible for them to operate.

“In my old practice, we spent almost half our time collecting payments. I thought if we could just get rid of all that overhead, we could spend more time with patients — and it proved true,” said Dr. Bob Forester, the conceptual father and co-founder of St. Luke’s, who retired earlier this year.

Many direct primary care docs scoff at the high-tech investor-owned firms such as One Medical and Forward Health. They are widely viewed as direct primary care companies, but critics say they are more focused on expanding volume than on offering personalized service.

“Direct primary care is where a physician has a relationship with a patient. We do not have to be accountable to an investor, because our investors are our patients,” said Dr. Maryal Concepcion, a family doctor in the remote mountain town of Arnold, California, who recently left a commercial practice to launch her own one-woman direct primary care practice.

The clinic is often able to find steep discounts for its uninsured patients. For example, Quest Diagnostics charges them only 10% to 15% of its regular price for lab work, said Dr. R.J. Heck, one of the two family physicians at St. Luke’s and co-founder of the clinic. It often refers uninsured patients who need operations to Cirugía sin Fronteras, a reduced-rate surgery center in Bakersfield.

St. Luke’s recently got a $75,000 grant for imaging, lab tests, X-rays and some prescription drugs from the Legacy Health Endowment, a local foundation. And it works with several radiology groups that provide discounts, Heck said.

Tiznado, who needs periodic ultrasounds for her ovarian cysts, said she pays around $150 for them. “If I did it in another place, it would cost between $900 and $1,200,” she said.

Tax-exempt status also confers a benefit on paying patients: They can take a tax deduction on the portion of their annual fees they don’t use for medical care. Every year, St. Luke’s sends them a statement that puts a dollar value, based on Medicare prices, on the services they received.

Forester said St. Luke’s arose from his concern for the uninsured and his disdain for bureaucratic systems. But “the bottom line,” he said, “is that the idea for St. Luke’s came in an inspired moment of prayer.” He and Heck launched it over 17 years ago as a Catholic-inspired medical office.

However, while Catholic symbols adorn the walls of St. Luke’s, many of its patients are not Christian, and Catholic medical doctrine is not central to its practice.

“There’s nobody coming in here and looking or telling us what we should or shouldn’t do,” said Dr. Erin Kiesel, the clinic’s other family doctor.

Kiesel said she wouldn’t prescribe an abortion, but she would tell somebody where to go if they asked — which nobody has.

Heck and Kiesel took big pay cuts to come to St. Luke’s. Kiesel makes about $60,000 less a year than in her previous practice. Having more time with patients, less paperwork and better work-life balance more than offsets the lower pay, she said.

Paul Neumann, a patient of Heck’s for 25 years who followed him to St. Luke’s, said that relationship has been a godsend.

He told of returning from a trip to Rome in 2009 with a case of walking pneumonia. When his wife called Heck the next morning, he came to the house immediately.

“I’d be happy to write a check twice as large,” he said.

(KHN (Kaiser Health News) is a national newsroom that produces in-depth journalism about health issues. Together with Policy Analysis and Polling, KHN is one of the three major operating programs at KFF (Kaiser Family Foundation). KFF is an endowed nonprofit organization providing information on health issues to the nation. This story was produced by KHN, which publishes California Healthline, an editorially independent service of the California Health Care Foundation.)