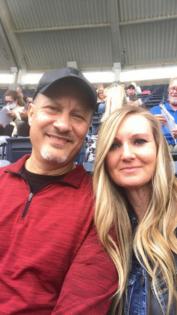 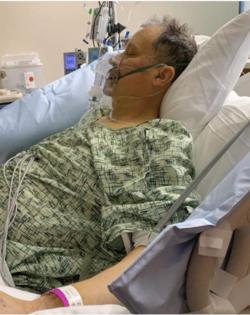 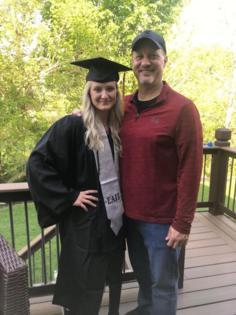 When he arrived at the rehab facility in North Kansas City, Missouri, they sent him directly to the adjoining hospital. There, Gorzney, then 50, and his family learned he had severe alcoholic hepatitis, an inflammation of the liver typically associated with excessive alcohol use.

Gorzney had been drinking heavily on and off for years and, by February 2020, was having as many as a dozen drinks a day. His only chance of survival was a liver transplant, doctors said.

“So let’s do that,” his daughter Cameron Gorzney, now 22, told them. She was ready for anything that would save her dad, the man who had coached her softball team until high school and later cheered from the stands at every game.

But Gorzney wasn’t eligible for a transplant, the doctors said. He hadn’t been six months sober.

In the U.S., a widespread practice requires patients with alcoholic liver disease to complete a period of sobriety before they can get on the waiting list for a liver.

This informal policy, often called “the 6-month rule,” can be traced to the 1980s. The thinking then — and among proponents of the practice today — was that six months of abstinence gave a patient’s liver time to heal and, thus, avoid a transplant. If that didn’t work, the patient would have proven they can stay sober and would not return to drinking after a transplant.

However, a landmark European study published in 2011 and several American studies in the decade since have exposed flaws in that premise. Six months of abstinence is not a good predictor of long-term sobriety, and for people with conditions like Gorzney’s, more than half die within that time. Now, as the understanding of addiction evolves — viewing it as a disease rather than a personal failing — many surgeons and families say the six-month hold unfairly penalizes those with substance use disorder. And with alcoholic liver disease rising among young adults and pandemic-related drinking exacerbating those numbers, it has become a pressing concern.

“We have to move beyond denying people lifesaving therapy because we think they don’t deserve it,” said Dr. Andrew Cameron, head of the liver transplant program at Johns Hopkins Medicine in Baltimore. Doctors don’t withhold treatment from people with diabetes who are obese or people with sexually transmitted infections who had unprotected sex, he said.

Cameron and his colleagues published a study this August, which found that among patients with alcoholic liver disease who were made to wait six months and those who were not, about 20% in each group returned to drinking one year after their transplants. That means about 80% stayed sober, regardless of how long they abstained from alcohol before the surgery.