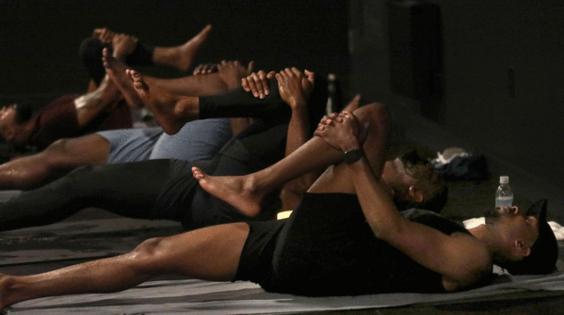 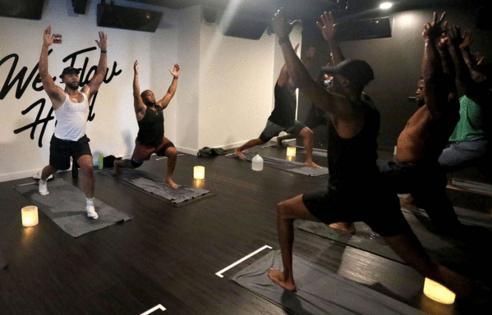 CHICAGO — A group of Black men in Chicago are bending over backward to create community with one another after a year and a half of isolation, grief and trauma.

At least, that’s the goal of The Healing, a new nonprofit where Black men can practice yoga together — and then open up the floor to conversations about their struggles with mental health.

Over the past 15 months, Black adults have experienced higher levels of depression and anxiety symptoms than white adults, according to the Centers for Disease Control and Prevention. Last year in Chicago, Black people were 30% of the population and yet nearly 70% of the city’s COVID-19 deaths. And in 2020, 97 Black Cook County residents died by suicide.

The effect of a pandemic that suddenly changed the world; the fallout from the killings of George Floyd, Breonna Taylor and Ahmaud Arbery that spurred worldwide protests; the unexpected death of basketball legend Kobe Bryant, all urged The Healing co-founders Andrew Smith and Tristan Lewis into action.

Lewis, 35, who works for a tech company and Smith, 32, who is a financial adviser, are relative newcomers to yoga. But both say they have long yearned for a space like The Healing to support them in the transitions in their lives.

From what began as just low-key weekly outdoor workouts last spring, Smith and Lewis realized they needed a way to process the sudden changes surrounding them. Through forming The Healing after meeting in a group chat for Black professionals in the city, they became partners and close friends.

“When we first had our initial session, 20 guys showed up, and every guy was like, ‘Yo, I didn’t know I needed this,’” Lewis said.

The Healing has hosted sessions in open outdoor spaces like football fields, and Smith and Lewis secure yoga teachers who look like the men who attend. Sessions are free, with mats included. When practice is over, it’s typical for attendees to congregate for up to 90 minutes — letting it loose in a custom typically reserved for the barber shop. And once a month The Healing invites women to practice alongside the men. Smith called the practice “transformative” for the dozens of men who have attended since June 2020.

“I would also say I think all those factors really allow guys to open up and access the mental benefits and rewards that come through yoga,” Lewis said. “We were all carrying a lot; it was a heavy time. And I think that stillness and the quietness that yoga offered was the thing that I feel resonated with the guys the most.”

The Healing is by far not the only organization offering mental health resources, or even yoga, to Black Chicagoans. Real Men Charities hosts yoga practices aimed at Black men at their men’s wellness circle at The Quarry in South Shore. Coffee, Hip-Hop & Mental Health is a full-service coffee shop that raises money for people of color to attend therapy and seeks to normalize conversations on mental health in those communities.

Nearly 3 million Americans are living with a heart condition called atrial fibrillation, according to the American Heart Association. And the Centers for Disease Control and Prevention says that number could be as high as ...Read More

BALTIMORE — Traveling about 30 miles from Glen Burnie, Maryland, to Towson for her community language program has been a struggle for 63-year-old veteran Alison Elinoff. A stroke 15 years ago left the right side of her ...Read More