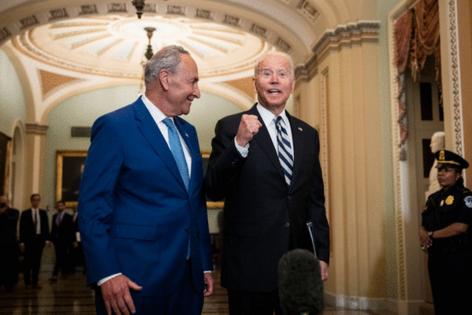 The budget package Democrats are assembling in Congress would likely provide the biggest jolt to the American health care system since the passage of the Affordable Care Act in 2010, according to sources familiar with work on the plan.

Democrats in the Senate announced Tuesday night that they had reached a framework for a $3.5 trillion budget plan that would cover health care, education, climate and tax changes sought by lawmakers and President Joe Biden.

“This would definitely be the biggest [boost] since the ACA,” a Senate Democratic aide said.

A large portion of that spending would be dedicated to health care, targeting major sections of the system — some with new regulations and some with a generous increase in federal funding.

The plans are part of what is known as a budget reconciliation, a technical procedural bill that allows Congress to pass spending and taxation legislation with a simple majority, without the threat of a filibuster in the Senate.

Since Republicans have vowed to oppose the additional spending and the Senate is evenly split, Democrats would need to get all members to agree to the reconciliation plan and Vice President Kamala Harris to cast the deciding vote in the Senate to pass it.

According to another Democratic aide familiar with the ongoing work, the portion of the reconciliation affecting health would focus on five areas:

– Creating dental, vision and hearing benefits in the Medicare program.

One evening in July, Stephanie Felts was lying in bed trying to process simultaneous climate disasters all over the world. From a crushing Canadian heatwave to U.S. wildfires and China floods, the drumbeat triggered ...Read More

DEAR MAYO CLINIC: Both of my parents have been vaccinated for COVID-19. The doctor told my mom she is eligible for a third dose of a COVID-19 vaccine, but my dad is not eligible for a booster now. Can you explain who needs...Read More

In preparation, health officials are urging the public...Read More

The donations helped bring “some peace” to the actress and her family after 11-month-old River William Stone tragically died late last ...Read More