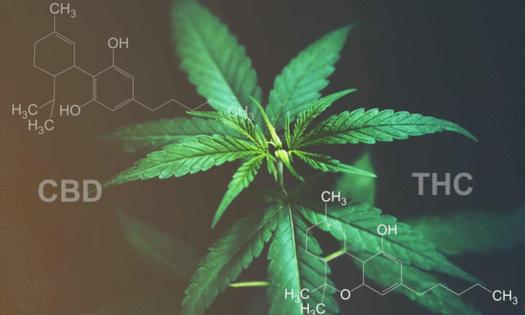 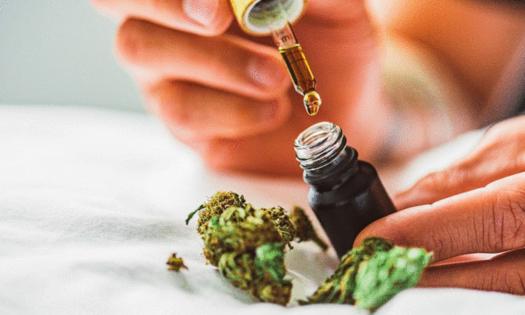 Cannabidiol (CBD) and tetrahydrocannabinol (THC) are the most widely researched compounds in the cannabis plant, and for good reason. CBD is renowned for its anxiolytic, anti-inflammatory, and analgesic, and anti-epileptic properties while THC gives users the high we all so love, but also has powerful therapeutic benefits.

Both compounds have shown tremendous success through both anecdotal evidence as well as clinical research when it comes to dozens of ailments: from cancer to Parkinson’s disease, everyday stress and anxiety, depression, PTSD, nausea, insomnia, and so much more.

However, in recent years, researchers have discovered that there are other notable compounds in cannabis that are just as important as CBD and THC. In fact, many of them are even more significant for some people depending on the conditions they may have. Because of this, cannabis product manufacturers have been zoning in on these cannabinoids and terpenes that offer subtle yet powerful healing properties that you may be interested in exploring.

Consumers who live in states that have legalized medical or recreational marijuana can find an abundance of oils, food products, drinks, and even lotions that are powered by terpenes or cannabinoids alongside CBD and/or THC, are on the rise. On the other hand, in the past, consumers would seek out products specifically for the CBD and THC. Terpenes Terpenes are compounds in plants – not just in cannabis – that are responsible for its aroma and flavor profile. These occur naturally in the plant, and they served an evolutionary purpose: to ward off predators or attract pollinators.

Each strain or phenotype of cannabis has its own unique ratio of terpenes as well as cannabinoids. There are some 50,000 known terpenes today, but the cannabis plant has around 250, though scientists may soon discover more. Terpenes may be derived from the plant in essential oil form, though they can also be derived from other plants that contain the same terpenes such as lavender or pine. Where the terpene comes from will impact its consistency and purity.

The best way to consume terpenes are through inhalation, edibles or drinks, and topicals. They are naturally volatile and potent, so one doesn’t need much in order to feel its effects.

Here’s a rundown of some of the most popular terpenes and their health benefits: Terpinolene is not common nor is it abundant in cannabis, but you only need a small amount to experience its benefits. It has an herbaceous and floral aroma, and it is known for relaxing and sedating effects.β-Caryophyllene is an anti-inflammatory terpene that also has antibacterial, antioxidant, and antimicrobial properties. Research has uncovered its potential abilities to fight against neurodegenerative diseases because it protects the brain from inflammation as well. Other studies show that it can help treat the symptoms of multiple sclerosis and Alzheimer’s disease.Myrcene is one of the most abundant terpenes in marijuana plants. It has an earthy and musky aroma but cannabis consumers appreciate its sedative effects. Myrcene is one of the compounds responsible for the couch-lock that users experience with some cannabis strains.Humulene is common in cannabis as well as hops. It has a mildly spicy, musky, and earthy scent. When it comes to its medicinal benefits, humulene is renowned for its antibacterial properties and inflammation-fighting characteristics though some studies show promise in its ability for shrinking tumors.Limonene is easily recognizable because of its sweet, fresh, and citrusy scent. You can detect limonene in lemony strains of cannabis which are associated with its mood-uplifting properties and mood enhancement, as well as its ability to relieve stress. It also has powerful anti-depressant properties that are ideal for anyone struggling with emotional distress; limonene is also gastroprotective and anti-fungal benefits.Linalool has a woody, spicy, and floral scent. It is one of the oldest-known natural sedatives but aside from that, it has other important properties: linalool is an anti-convulsant, anti-anxiety, anti-depressant, and a muscle relaxant.Cannabinoids Cannabinoids are unique, naturally-occurring compounds in the cannabis plant. While scientists currently know of almost 500 different cannabinoids, we have only identified around 70 of them.