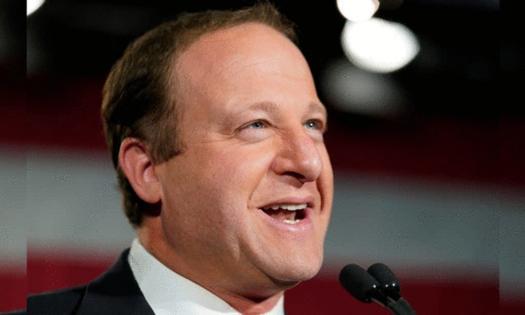 “It’s unfair that 1,351 additional Coloradans had permanent blemishes on their record that interfered with employment, credit, and gun ownership,” said Gov. Polis.

Apart from granting individuals pardons for drug charges by inking an executive order, Polis also lifted three commutations and 15 other individual pardons for prisoners. Kudos to @jaredpolis for pardoning 1351 people convicted of possessing 2 ounces or less of marijuana. A model for other governors. pic.twitter.com/9j1yVyYwSF

The move follows the governor signing a bill — House Bill 1090 — in May that doubled the marijuana possession limit for adults 21 and older.

That piece of legislation not only increased cannabis possession limit, but also sought to identify people with prior convictions for up to 2 ounces of pot possession and clear their records.

“This is a fascinating bill in the vein of criminal justice reform because, for far too long, the consequences for people who had a personal amount of cannabis before it had been legalized still had a long shadow on them, so for doing something that is fully legal today,” Polis commented on the bill earlier this year.

The measure built on Amendment 64, which was legalized marijuana and passed in 2012.

“Adults can legally possess marijuana in Colorado, just as they can beer or wine,” Polis said in the statement. “It’s unfair that 1,351 additional Coloradans had permanent blemishes on their record that interfered with employment, credit, and gun ownership, but today we have fixed that by pardoning their possession of small amounts of marijuana that occurred during the failed prohibition era.”

Research shows that formulating a cannabis extract as a syrup improves the anti-inflammatory effects, in part from the propylene glycol added to the syrup as a carrier.

You won’t find happiness in weed, but you will find that it helps you to pursue the things that make you happy.

It turns out ...Read More