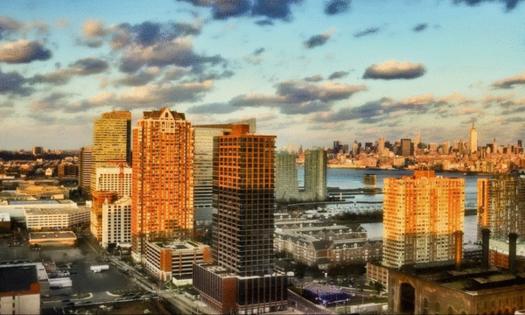 It’s almost certain that only the existing large medical cannabis license-holders will be able to commence sales by mid-February, giving them a head-start over new industry entrants.

At its meeting on November 10, 2021, the New Jersey Cannabis Regulatory Commission announced that it will start accepting applications for cultivation, manufacturing, and testing lab licenses on December 15, 2021, and applications for retail licenses on March 15, 2022.

The applications will be accepted and approved on a rolling basis (pun always intended), according to the announcement, although certain applications may be able to “cut the line.” Conditional applications (in which applicants check only certain boxes, and then are given 120 days after approval to find a suitable property and obtain the approval of municipal authorities) will be prioritized over annual license applications. In addition, priority will be given in the following order: social equity businesses, diversely-owned businesses, impact-zone businesses, bonus-point applicants, and then the remainder of applicants. To sort this out, it may help to think of a conditional diversely-owned social equity applicant as gas, and a standard annual-license applicant as the schwaggiest of schwag!

In terms of the total number of licenses, the only stated limitation on the state level is that no greater than 37 new cultivation licenses will be awarded in the first two years. It follows that the true limit on how many licenses of each type will be awarded will be based off the caps that each municipality sets for each type of license.

A wrinkle with municipalities is that 70% of them opted out of permitting cannabis businesses. The deadline to opt out (or be opted in by default for 5 years) came days after the CRC released temporary, partial regulations. Municipalities that opted in essentially had to put on a blindfold and smoke a state-rolled joint without knowing what the regulations could be laced with!

The issue now is that a number of these municipalities will have to opt back in and then create and approve the rules that will govern cannabis businesses within their borders before they can approve any businesses. This could further incentivize applicants to pursue conditional licenses that enable applicants to obtain municipal sign-off after receiving conditional state approval.

In another important development, the CRC announced that it will issue a final list of the impact zones in the state. This is particularly significant for applicants that are not social equity businesses or diversely-owned businesses, as it is the most effective way for such applicants to “cut the line” over standard annual-license applications.

The New Jersey legalization law required sales of adult-use cannabis to start by mid-February 2022. But it is almost certain that only the existing large medical cannabis license-holders will be able to commence sales by that date, giving them a head-start over new industry entrants. Considering the overall frequency of lawsuits arising from the application process in multiple states, and the complicated nature of this prioritization process, new applicants should also unfortunately expect, and prepare for, litigation that could delay the award of licenses.

Jon Purow is Counsel in the New York office of Zuber Lawler, where he assists clients with their cannabis and/or intellectual property legal needs. When not practicing law or fighting crime as a masked vigilante, Jon is host of the podcast “Cannabis Last Week”, hybrid news/analysis extract from 420+ sources.

This article originally appeared on Zuber Lawler and has been reposted with permission.

Germany might be the next country in Europe to legalize adult-use cannabis. This October, ...Read More