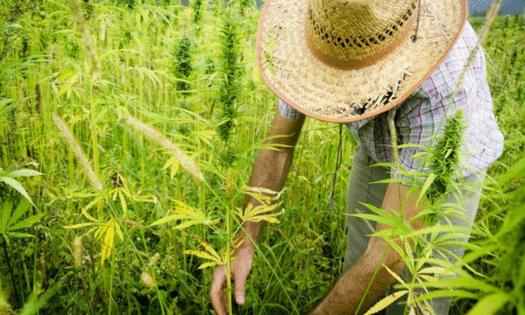 Oregon State Rep. Lily Morgan noted that some of the workers have no identification papers, do not speak English and have no food.

Jackson County Sheriff Nathan Sickler said workers are forced to use holes in the ground for toilets, cook in unsanitary kitchens and sleep in shipping containers.

Oregon’s labor bureau is investigating wage complaints from workers at the illegal cannabis farms and advocacy groups are getting involved.

“We’ve had several cases in Josephine County, where they were threatened with guns to their heads and told ‘If you guys tell anybody, we’re going to harm your family in Mexico,'” said Kathy Keesee-Morales, co-director of Unete, an immigrant and farmworker advocacy group based in Medford, Oregon.

In September, $50 million in illegal marijuana was found at a grow operation in Douglas County.

Douglas County Board of Commissioner, Tim Freeman said the county receives a staggering number of calls about illegal marijuana grow operations. “People call and they’re scared (…) in many cases they’re afraid to leave their homes,” Freeman said. He added that in the past year, more than 300,000 illegally grown marijuana plants have been confiscated in Douglas County. Widespread Problem In Nevada County, California, authorities launched a pilot program to use drones as a cost-effective measure to enforce cannabis laws. Unlike other tools such as helicopters and fixed-wing aircraft, drones are cost-effective and save time. However, in Oregon, there are not enough inspectors nor funding to control the situation.

“This summer was absolutely out of control,” said Josephine County Sheriff Dave Daniel. “We’re anticipating next year being just as bad, if not worse.”