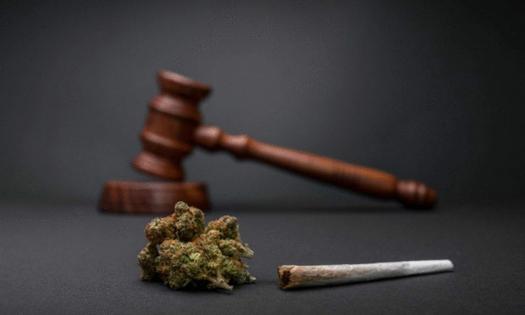 Just last week the FDA announced it will use Reddit to learn more about cannabis-derived products including CBD and delta-8.

As more and more states embrace the cannabis plant in its “full form,” some still challenge the legality of hemp-based products.

Cannabis company Hometown Hero filed a suit against the Texas Department of State Health Services (DSHS) last week claiming that its hemp policy was improperly revised in order to ban products with Delta-8 THC, reported Marijuana Moment. A Texas judge, however, disagreed with the lawsuit and ruled that the state’s ban remains. What’s the deal with Delta-8 THC?  Delta-8 THC is a chemical component of the cannabis plant. Although delta-8-THC occurs naturally in very small concentrations, it can produce a mild psychoactive effect in some people similar to delta-9 THC. The new industrial methodologies allow for delta-8 THC to be converted from CBD derived from hemp. New Ban Or Just A Clarification? Due to the novelty of delta-8 products and legal questions around they are produced, the DSHS reportedly felt the need to take another step and ban products with more than 0.3% of any type of THC. More precisely, the DSHS’ site now states the following:

”Texas Health and Safety Code Chapter 443 (HSC 443), established by House Bill 1325 (86th Legislature), allows Consumable Hemp Products in Texas that do not exceed 0.3% Delta-9 tetrahydrocannabinol (THC). All other forms of THC, including Delta-8 in any concentration and Delta-9 exceeding 0.3%, are considered Schedule I controlled substances.”

Though Hometown Hero was intending to get a temporary restraining order against DSHS to block it from taking action against companies that sell delta-8 THC, it seems the cannabis company will now need to wait for next months’ follow-up hearing, wrote the outlet.

The plaintiff’s attorney said in court that “the DSHS stance flips the hemp definition on its head,” while the department, on the other hand, claimed it has not made any policy change as delta-8 THC has been statutorily classified the same as delta-9 since hemp was legalized in 2019. The DSHS highlighted that it had only added clarification on its website as a way of responding to the many requests from hemp growers who found the situation confusing. More Research Needed, FDA And Reddit  When it comes to the safety of delta-8 THC products, more research is needed.

The Food and Drug Administration (FDA) and Centers for Disease Control and Prevention (CDC) recently warned about delta-8 THC products causing unwanted health effects, though as yet seem to be lacking the hard science to back their claims.

Just last week the FDA announced it will use Reddit to learn more about cannabis-derived products including CBD and delta-8.