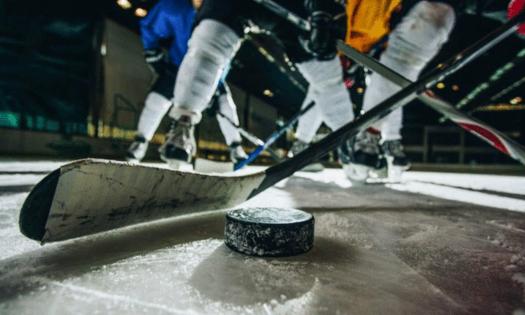 The question now is which sports league will be the next to step up and evolve their views on the place cannabis has in pro sports.

As the puck dropped on another NHL season on Tuesday night, kickstarting the 104th season of play, the league is well-positioned to lead the four major sports leagues out of the Stone Age and into a new frontier regarding cannabis.

Fans may recall that during the 2020 postseason, when NHL teams were forced to finish out the postseason in a bubble, reports of players accessing weed gummies for help relaxing started to leak.

The reality is that cannabis use among NHL players has never been much of a secret. If you don’t believe us, ask former Stanley Cup Winning Detroit Red Wing Darren McCarty, who opened up his own cannabis dispensaries across Michigan following a decade-plus long career of evading the league’s anti-drug program.

Nowadays, it appears that the NHL has evolved well beyond punitive punishments for players who choose to consume cannabis to recover after games or recreationally on their free time. Here are a few ways the NHL has evolved its stance on marijuana, setting the pace for other professional sports leagues to follow. By Removing It From Its List of Banned Substances When the NHL chose to remove cannabis from its list of banned substances, it was the first major sports league to do so until the MLB followed suit in 2009. Even though cannabis isn’t banned, NHL players are still subjected to two “no-notice” tests per year where they can be tested for all drugs, including for THC.

The point of the tests is to anonymously identify players who may be struggling with their consumption habits so the players association can provide players with the help they need. Upon being recommended, players have the choice to join the NHLPA’s joint Substance Abuse and Behavioral Health program, but they aren’t forced to do so. By Choosing Not to Suspend Cannabis Users Since the league has chosen not to take a hardline stance against cannabis, players are free to experiment with forms of treatment outside of the painkillers they were restricted to a decade or so ago. Now, instead of being restricted to opioid painkillers, some players have reported relying on CBD to help them overcome injuries and recover after games. Another benefit of the league’s stance on cannabis is the fact that they’re able to do more research on it to learn more about its medicinal benefits. By Actively Studying the Effect Cannabis Can Have On Concussions Among the research helping to guide the NHL’s cannabis policy are studies regarding the impact that cannabis could have on concussion recovery. In 2019, news came out that members of the NHL’s alumni association would be participating in a study aiming to reveal a better understanding of the relationship between CBD and the brain function of former players living with post-concussion symptoms. Doctors and former players alike are hopeful that the research can present effective alternatives to traditional painkillers.

From removing cannabis from its list of banned substances before any other major sports league, to participating in research on its long-term medicinal benefits, its clear that the NHL has taken the lead when it comes to removing the stigma around marijuana in pro sports.

Players and fans alike gain from an evolution in the way the major sports leagues think about cannabis; players get to recover on their own terms and fans get to see their favorite athletes and teams perform at the top of their game, without having to worry about suspensions or fines. The question now is which sports league will be the next to step up and evolve their views on the place cannabis has in pro sports.