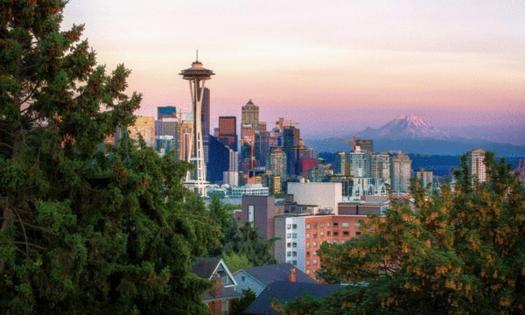 “The Liquor and Cannabis Board has once again taken the position that responsible and highly regulated cannabis license holders may be selling some illegal products,” said the executive director of the WA CannaBusiness Assoc.

The Washington Liquor and Cannabis Board (LCB) issued a statement Friday with the aim of resolving the legal question of producing delta-9 THC from hemp-derived CBD in the legal markets. The LCB called the process illegal reported Marijuana Business Daily.

Marijuana cultivators were worried as their businesses have already been negatively affected by a drop in biomass sales as processors are choosing to purchase and make delta-9 THC from hemp-derived CBD, a less expensive process.

“Any producing of a THC product falls outside the license privileges of a processor licensed by the LCB … may be considered a Controlled Substances Act violation, and a misuse of the processor’s license,” the Liquor and Cannabis Board noted in a release. “Licensed processors may not sell or purchase any THC product not legally produced by a licensed marijuana producer.” Mixed Response While some argue that the market will stabilize with the release of the LCB statement, others say the opposite, noting that an “interpretive statement” is not law, and therefore it remains to be seen what will happen next and if regulators will act upon this.

Micah Sherman, a cannabis business owner in the state and Washington Sun and Craft Growers Association board member said: “We’ll have to see what the LCB actually does and how it trickles down to stores and their behavior.”

Vicki Christophersen, executive director of the Washington CannaBusiness Association, noted that the statement underscored how “inconsistent” state regulators are in the terms of compliance and enforcement.

“The Liquor and Cannabis Board has once again taken the position that responsible and highly regulated cannabis license holders may be selling some illegal products,” Christophersen said. “The agency has suddenly defined certain license holders operating in good faith in the legal cannabis marketplace as violating the Controlled Substances Act.”

A similar situation is ongoing with delta-8 THC as many states decided to ban its production from hemp-derived CBD. Though, recently Michigan decided to take a “higher road” and to actually regulate Delta-8 THC sales.