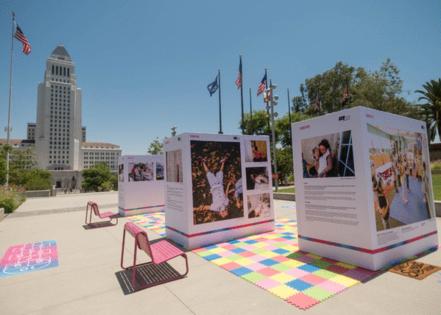 How creatives are helping to reshape their cities

Certain city and government leaders have long-realized positive impacts art and other forms of creative expression can have on communities.

In Atlanta, filmmakers are provided with lucrative tax incentives to work there—a perk that regularly attracts talent, projects, and investments to the area. Meanwhile, non-profit organizations around the country dedicated to art regularly provide creative solutions and funding and embrace innovative thinkers with programs that intersect with a sense of community, advocacy, and social change.

Stacker explored how creatives in some U.S. cities are partnering with municipal leaders to promote cultural art spaces and serve as catalysts to help transform their communities.

For example, in 2016, L.A.'s Department of Cultural Affairs christened the art site "Current, L.A. Water" as the winner of the public art biennial. The goal was for "Current, L.A. Water" to start conversations about specific resources by depicting the narrative of water and its relationship to allied systems in the city. Murals, art, and other forms of expression help to tell a community's unique story by opening dialogue and revealing its history. It can also help to attract visitors to the space. 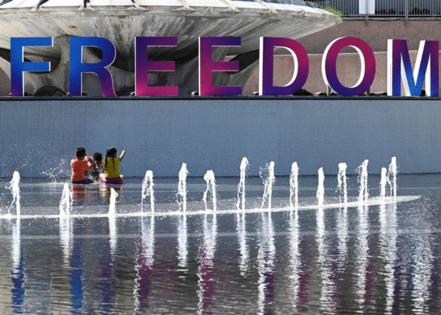 Through partnerships like the Creative Strategist program, Los Angeles artists work with local community stakeholders to implement art-inspired solutions to social challenges. Initiatives such as the Countywide Cultural Policy link art and culture to the county's plans and policies to promote equity.

In most cases, funding for the arts is at a local level. 2020 funding from the National Endowment for the Arts, along with state and local governments, accounted for $1.47 billion in Los Angeles alone. 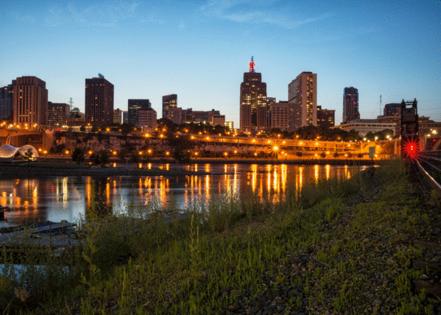 Artists conceptualize the urban design of a city in St. Paul, Minnesota

Minnesota's Public Art Saint Paul, in partnership with the city, places artists in roles that can help transform city systems. One such project, "Light the Plume," is a collaborative partnership between local St. Paul artists and STEM professionals that allows for research and development of environmentally friendly projects.

With projection lighting and animation, city residents can foster a relationship through their city's energy sources by calling a phone number which allows them to hear a poem while instantly prompting a plume light show. 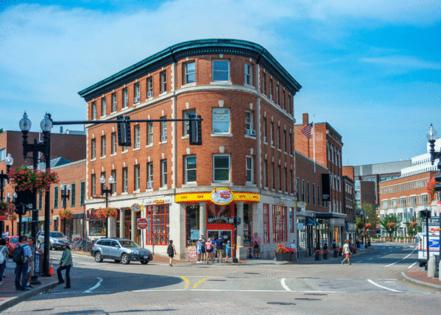 Words of inspiration through sidewalk poetry in Cambridge, Massachusetts

To tangibly infuse art and literature into the city, Cambridge has become a municipal hub that embraces public artistic expression through the Sidewalk Poetry Program, launched in 2015.

In collaboration with the Department of Public Works and Cambridge's public library, the program encourages Cambridge residents of various ages to send their poetry to the project. The program embeds creative expression into concrete sidewalks within the community. To date, this collaboration between residents and the government has produced more than 20 poems stamped into the pavement of Cambridge. 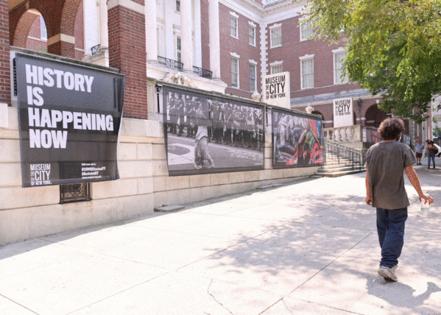 New York has been home to a slew of innovators, from George Eastman, the founder of the Eastman Kodak Company or Luther George Simjian, who helped create the first ATMs.

This creative spirit was tapped in abundance during the COVID-19 pandemic when the New York Historical Society and Museum of the City of New York brought the museum experience to visitors in an outdoor setting. By expanding and utilizing this outdoor space, New Yorkers could access exhibits in a safe setting. 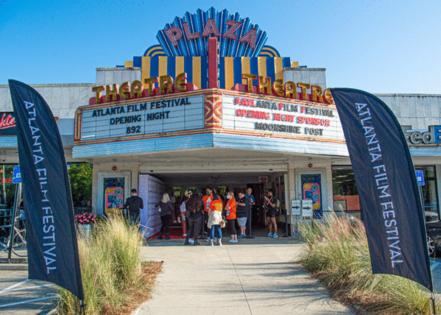 Georgia's film scene has exploded in recent years, a trend that will continue with the state Senate approving a $900 million film and TV tax credit in March 2022. The tax credit is meant to incentive filmmakers to experience the benefits of the state's thriving film industry with lucrative funding.

While Hollywood remains the central location for filmmaking in the U.S., Atlanta has dominated the South with TV and film projects such as "Stranger Things," "Atlanta," "Ozark," and "Black Panther" all filmed in the state.

During the 2021 fiscal year, Georgia spent more than $4 billion on film and TV production to equip itself with the proper infrastructure to support tax program incentives.

During the earlier stages of the pandemic, the state worked with filmmakers and streaming industries to ensure that Georgia's film scene would continue—even while other states chose to halt production operations.

The stimulated growth of education, training, and industry networking opportunities, including the Atlanta Film Festival, has allowed filmmakers to create more jobs, strengthen their networks and bring revenue to local businesses with their creative works.