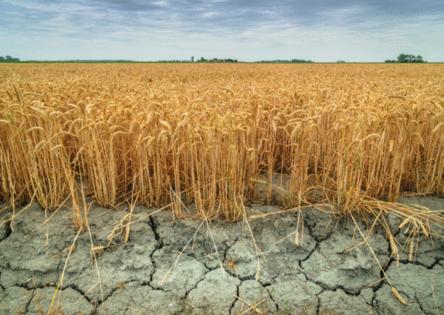 Climate change has brought historic droughts to virtually half the American population this year, starting in the spring and disproportionately affecting the Southwest, California, and Washington.

The hyperbolically dry conditions are wreaking havoc on agriculture, drying up lakes, and causing local and state governments to declare drought emergencies. The frequency and severity of droughts in recent years have scientists concerned about the prospect of the West, where reservoirs and water systems were constructed based on a climate that no longer exists, entering into a state of permanent drought.

Farmers have responded to drought conditions by tilling ruined crops, leaving fields fallow, and swapping out the crops they normally grow with more drought-resistant ones. While droughts have been becoming increasingly common over the last two decades, this year’s drought is exceptional in reach—affecting nearly every state west of Wisconsin—as well as in its extremity.

Usingdata from the United States Department of Agriculture (USDA), Stacker identified reservoirs throughout Western states which reached below 75% of their typical capacity due to droughts. We combined this data with theU.S. Agricultural Census, last completed in 2017, to find what crops are grown in each of the counties experiencing greater water stress. 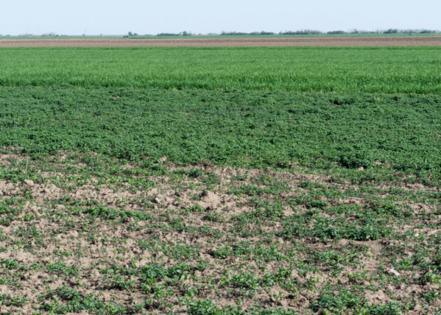 The majority of mint crops are grown in the Northwest, concentrated in Washington, Oregon, and Idaho. These states are currently experiencing “Exceptional Drought,” the most severe drought classification. Production of peppermint has been steadily declining over the last ten years, and despite being a fairly drought tolerant crop, will likely continue doing so this year. 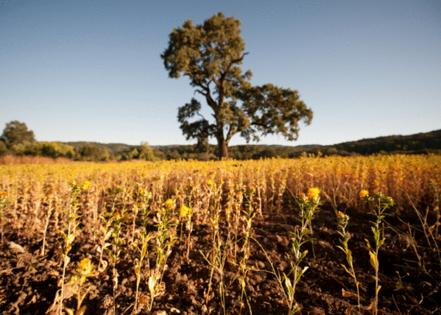 Extreme droughts have caused safflower and other oilseed crops, like canola, to wither despite being fairly drought-resistant. The area planted for safflower in 2021 across the nation was some of the lowest since the 1990s and early 2000s when records began. 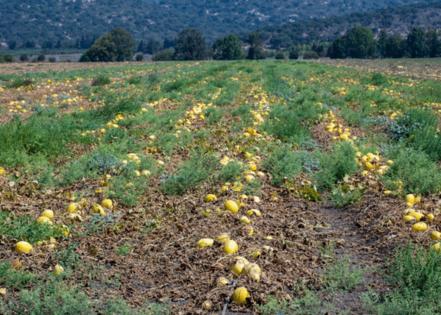 In California, whose San Joaquin and Imperial Valleys are responsible for roughly 75% of the nation’s melon production, a lack of surface water has greatly reduced the amount of acreage given to melon growing. Record-high temperatures have also affected melon yields because extreme heat pressure can stress the plant to the point where the flower or fruit falls off. 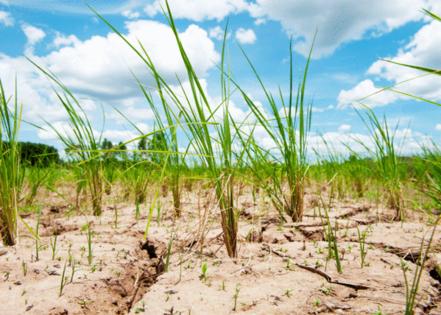 In 2020, 514,000 acres of rice worth roughly $847 million were harvested in California. Tim Johnson, president of the California Rice Commission, estimates that drought conditions will lead rice farmers in the state to plant 100,000 fewer acres than usual in 2021, though that number is subject to change. 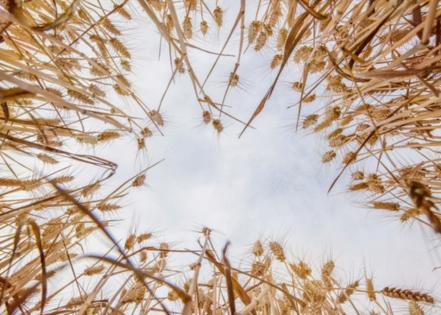 Droughts out west have reduced American oat crop production to its lowest levels since records began in 1866, according to USDA data. In Minnesota, farmers expect to harvest 50 bushels of oats per acre—16 fewer than in 2020. 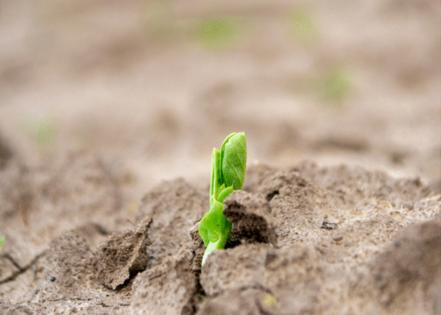 Drought conditions out west have led to pea crops that are just a fraction of what they should be, leading many farmers to rely on federal crop insurance. Insurance can mitigate losses caused by extreme weather conditions or drops in commodity pricing. But with extreme weather events happening more frequently, some farmers are drawing on crop insurance annually. Repeated insurance claims translate to a nosedive in production history and take away a farmer's ability to insure a high percentage of their crops. 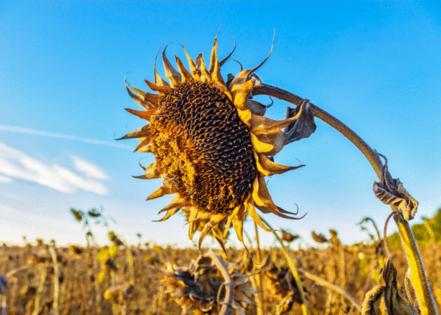 Back in 2017, drought conditions meant harvested sunflower acres decreased roughly 21% from 2016, according to the USDA. John Sandbakken, the executive director of the National Sunflower Association, said that while sunflowers are “very drought tolerant,” they require rain particularly during the transition from the vegetative to the reproductive phases, which typically occurs around June. 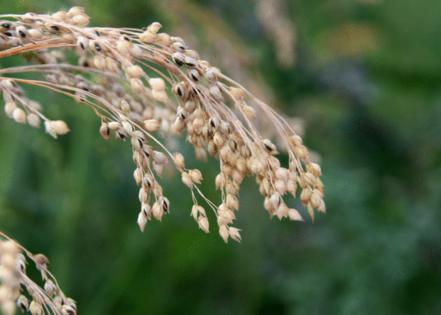 Pearl millet is among the most drought-resistant grains used in commercial production, although extreme drought can stress the plants and lead to limited production. Because millet can be grown in areas that are inhospitable to other crops, producers around the world face a unique challenge as many of these regions are also the most vulnerable to climate change. Experts say millet seed production may be impacted in the U.S. this year due to flooding in Mississippi and Alabama. 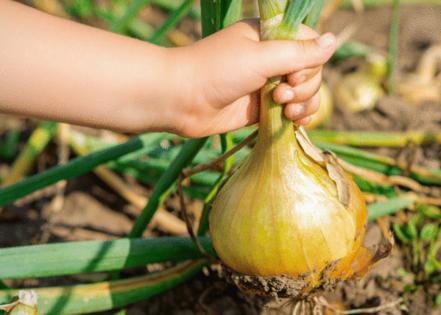 California is the largest producer of onions in the U.S., accounting for 31% of the country’s onion crop in 2015. California is not the only Western state whose onions have been impacted by drought, however. Washington, another large producer of onions, lost enormous amounts of the crop during a record-breaking heatwave in July whentemperatures reached 120 degrees. 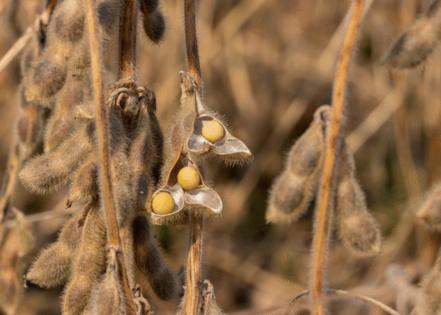 The Dakotas, which have been experiencing varying degrees of extreme drought for months, account for 10% of soybean production in the U.S. Nationally, 60% of soybean crops were rated to be in good to excellent condition, which is 14 percentage points below the numbers from August 2020. However, severe droughts in 2012 showed that resilient soybeans can recover from a dry growing season if it rains in August and September. 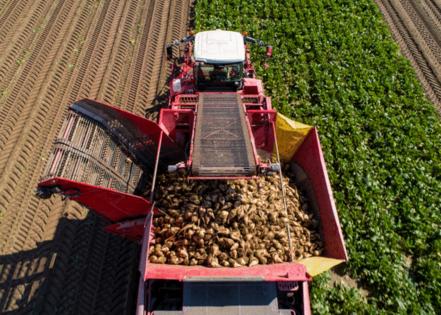 The Minnesota-North Dakota border is the nation’s foremost sugar beet (not to be confused with beetroot) growing region. It has also been subject to extreme drought which only appears to be getting worse. Beet sugar production in the U.S. for 2021 is down by 51,945 tons, according to the USDA. 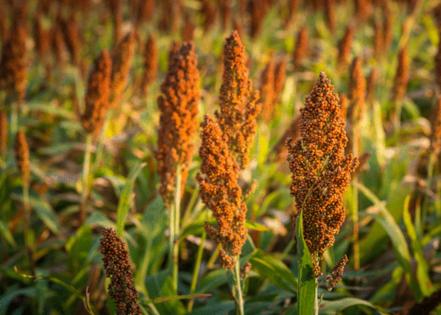 The severe drought which plagued the Northern Plains in 2012 resulted in harvest failure for sorghum, among other crops, and cost billions of dollars in losses. So far, however, the current drought has not caused discernable damage to sorghum crops. According to USDA data, sorghum production overall is on par with production in 2020. 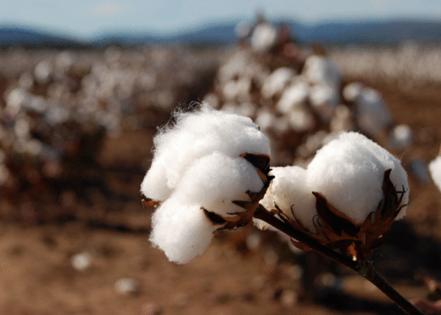 The U.S. is the third-largest producer of cotton in the world, while the cotton industry accounts for over $21 billion annually. Currently, cotton crops in Texas’s Panhandle and South Plains are doing well due to moderate amounts of rain. However, in other parts of the West, droughts persist and cotton crops are struggling to keep up. Overall, cotton crop progress is roughly comparable to this time last year. 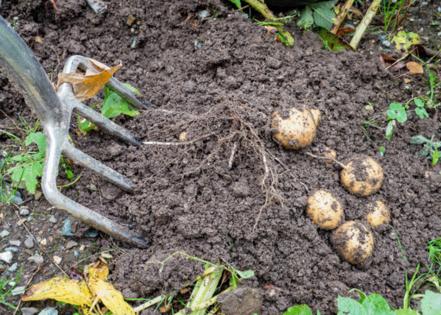 In Idaho and Washington, despite drought conditions, potato crops seem to be faring well. This is because most surface water in these states comes from snowmelt in the winter, according to Chris Voigt, executive director of the Washington State Potato Commission. Since there was sufficient snowfall in those areas this past winter, the potato crops have enough water to sustain the dry summer. 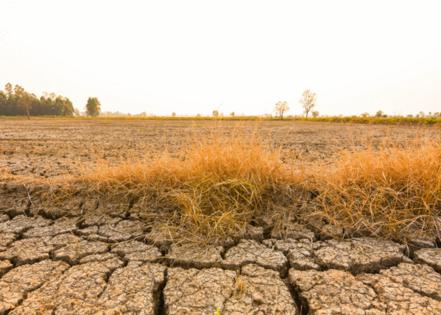 Drought and record-setting temperatures in the Pacific Northwest sent prices soaring for legumes and other crops grown in the Willamette Valley in Oregon, among other regions. To protect crops from drought, researchers at the Massachusetts Institute of Technology have developed a two-layer coating for seeds to supply nutrients and water during germination. 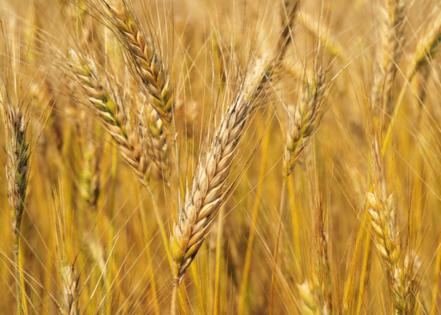 Drought in Idaho, which typically comes in at #1 for national barley production, has led farmers to forecast a significant decline in yield this year. In 2020, Idaho barley farmers harvested a record 500,000 acres of barley, or 110 bushels per acre, accounting for roughly 33% of the nation’s barley supply. This year, production is expected to drop to 460,000 acres, or 81 bushels per acre. Nationally, the percentage of barley crops which were rated good to excellent by the USDA is 55 percentage points below last year’s number. 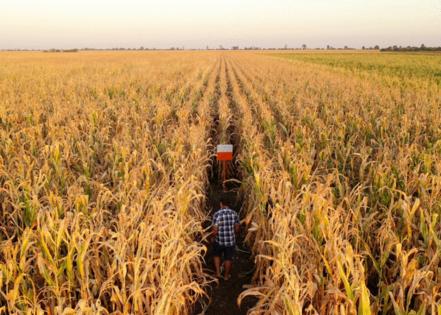 The U.S. is the world’s leading corn producer, accounting for over 30% of global corn production. Dan Basse, president of AgResource Co in Chicago, anticipates that drought in the western corn belt has already cut American corn yield this year by between two and four bushels per acre. On average, 172 bushels of corn are harvested per acre in the U.S. With corn crops occupying over 91 million total acres nationally, this forecast could mean a loss of billions of bushels of corn this year. 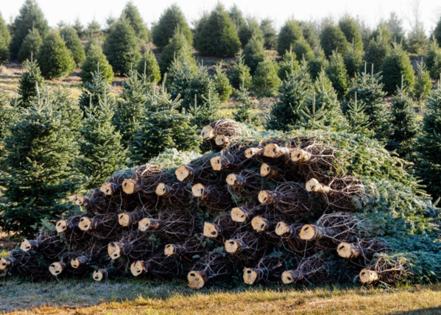 The acreage growing Christmas trees in the U.S. dropped by 24% over the last five years, according to a USDA report published in July 2021. This is in large part due to drought conditions, unprecedented heat waves, and wildfires, especially in Oregon, the nation’s largest Christmas tree producer. The average maturation time for a typical Christmas tree is about seven years, meaning the impact of droughts and other environmental conditions on Christmas trees will likely be seen for many years to come. 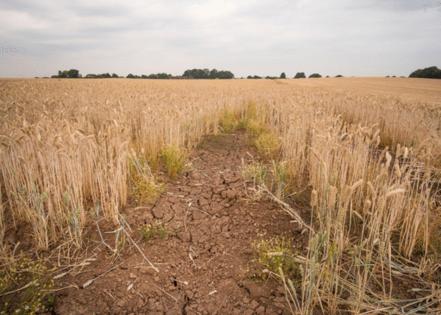 As of Aug. 10, 61% of the U.S. spring wheat crop was rated poor to very poor, while a mere 11% was rated good to excellent. This summer’s ratings mark the lowest they’ve been since the drought of 1988. The USDA has forecast wheat harvests will yield 41% less than last year, which is expected to drive up prices of flour and other wheat products. 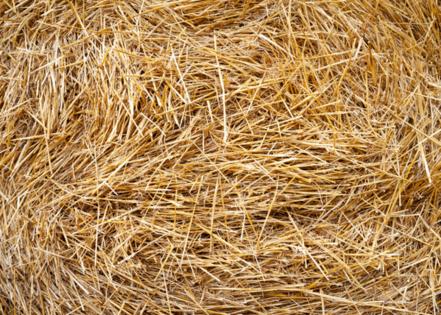 Hay shortages due to drought have caused farmers across the country to cut other crops as hay. In North Dakota, hay production this year is about one-third of what is produced on average, while in South Dakota, Gov. Kristi Noem signed an executive order at the end of June allowing early haying of grasses by roadsides, a measure usually not permitted until after July 10. The shortage poses a threat to livestock that subsist largely on hay during the winter months.