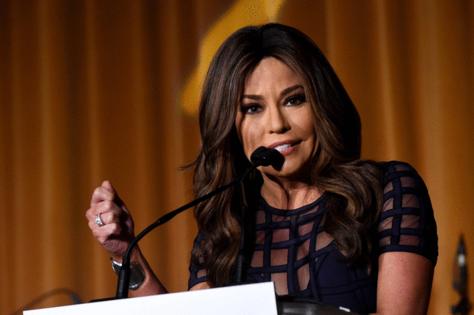 Meade and her program’s staff will be departing CNN as part of an across-the-board reduction underway as parent company Warner Bros. Discovery attempts to bring down its debt.

Meade’s breezy, fast-paced news program based at CNN Center in Atlanta has a following among small town viewers outside of the media hubs of Washington and New York. “Morning Express” is best known for “Salute to Troops,” a daily segment celebrating members of the military and their families.

Meade also has a side career as a country music singer and songwriter.

“Morning Express” will be replaced by a simulcast of “CNN This Morning,” the recently launched program with Don Lemon, Poppy Harlow and Kaitlan Collins.

“Weekend Express” on HLN will shut down as well. No date has been set on a final show, according to a CNN representative who confirmed the cancellation.

Ratings for “Morning Express” have been in decline as the number of people waking up with traditional TV continues to shrink due to cord cutting and increased competition from online news sources.

“Morning Express” also had the challenge of airing on a network with little other live programming and had become a destination for true crime shows such as “Forensic Files.”

The mission for HLN — once known as CNN Headline News — has become even less clear recently, as it aired a marathon of “The West Wing” episodes during the Thanksgiving holiday.