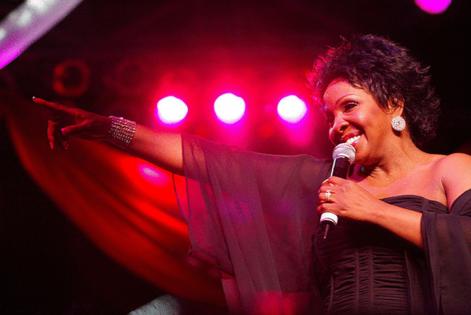 Gladys Knight, Atlanta’s R&B legend, is working on a scripted miniseries on her life, according to Deadline.

She has teamed up with Cineflix Productions, known for reality programs “Property Brothers” and “American Pickers.” The “Midnight Train to Georgia” singer just started her own production company Empress of Soul to help shepherd the production.

Cineflix has done some scripted work, too, including a Lifetime film “Miracle in Motor City” that features Knight’s Motown peer Smokey Robinson.

There are plans to design the Knight series over multiple seasons representing different parts of her life, covering the time she won “Ted Mack’s The Original Amateur Hour” at age 8, the formation of the Pips, the Motown years and her time as a solo artist. She was inducted into the Rock & Roll Hall of Fame in 1996.

And her non-music exploits will be chronicled. She has acted in dramas and comedies and shown up on reality shows like “The Masked Singer.” She has been married four times and has three children. She has battled gambling addiction and one of her sons was once kidnapped, forcing her to pay a massive ransom.

“At the age of 78,” she told Deadline, “most people in my industry have retired, but I’m just getting started. All my life I’ve been able to sing my stories. I can now use this opportunity to show the meaning behind the words... It’s important to leave large footprints that go in the right direction.”