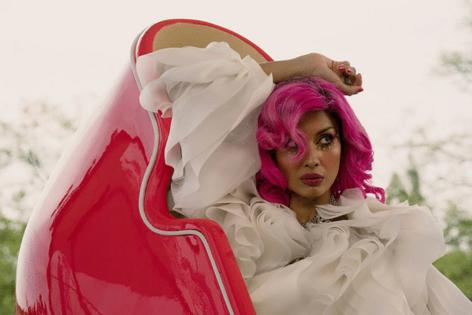 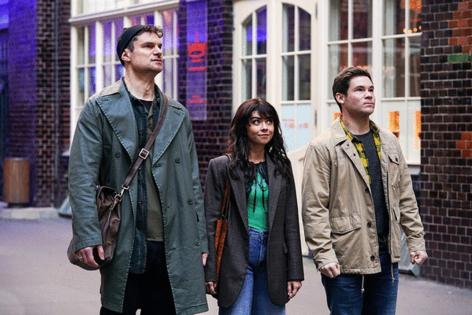 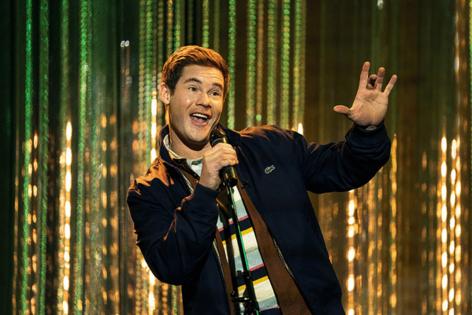 The original “Pitch Perfect” movie came out 10 years ago, full of winking bombast about competing collegiate a cappella groups with their love of pop music and an eye on The Big Show — aka their quest for glory, to borrow from the title of the nonfiction book upon which the movie was based. There were other influences, of course. A show like “Glee” walked so a movie like “Pitch Perfect” could run. And run it did, with two sequels to follow. That brings us to the Peacock TV series continuation created by Megan Amram and Elizabeth Banks: “Pitch Perfect: Bumper in Berlin.”

Bumper, if you will recall, is the man-child played by Adam Devine. Now in early middle age but boyish as ever, he’s a doofus working security at his old college campus and still dreaming of singing stardom when he finds out from an old a cappella rival — Flula Borg’s Pieter, from the first sequel — that one of his TikTok videos has gone viral in Germany.

Move to Berlin and work with me, Pieter tells him. I can make you a star. Are you serious, Bumper asks? Pieter: “I’m German, of course I’m serious.” So off to Berlin he goes. It’s a premise that seems specifically designed around the question: How do we bring back Borg in a way that makes sense?

Bumper thinks it’s his video singing “99 Luftballons” that has everyone so excited — with 7.6 million views “that’s like … a million views!” Bumper says, awed — but he’s apparently just as recognizable for his other video: “Local man slips on ice and his penis falls out.” Pointless details, Pieter tells him, the time to strike is now. And The Big Show? It’s a slot performing at Unity Day, a celebration that commemorates the reunification of Germany.

The series distinguishes itself from the movies with a softer, less snarky touch overall, while maintaining its broadly ridiculous sensibilities. Bumper is a guileless square in the Capital of Cool; that’s a decent setup in itself. And Pieter is fumbling around for a Cinderella story of his own, having been publicly disgraced when his a cappella group secretly used a beatbox machine — the shame! So he’s remaking himself as a music manager.

His upbeat and optimistic assistant is named Heidi, played by “Modern Family’s” Sarah Hyland, who is a songwriter in her own right. She’s beautiful and treats a ding-dong like Bumper with extraordinary kindness — and if you’re wondering if she becomes his love interest, wonder no more!

This small but mighty group is rounded out by Pieter’s intimidating and impossibly stylish sister DJ Das Boot, played by Lera Abova in a buzz-cut and black wardrobe that looks borrowed from “The Matrix.” Also in the mix: Pieter’s ex, who is a rival budding music star, played by Jameela Jamil with a platinum blonde wig and a shaky German accent.

The musical performances aren’t especially memorable (a rendition of Aqua’s “Barbie Girl” is decidedly not fun) and there’s not enough story for what is essentially a three-hour movie chopped up into six half-hour episodes. Somehow it feels smaller than its cinematic predecessors, but fizzier too. The show works best when it’s fast and funny. Pieter offhandedly mentions a Dutch a cappella group: Holland Oates. Or Bumper’s nonsensical response to Pieter’s first phone call: “Look, I am lovin’ this blast from the past. I mean, who doesn’t love a good B from the P?” Or when the matron at Bumper’s hostel recalls a painful memory of the Berlin Wall being constructed: “It happened so quickly that many of my friends were suddenly just on the other side. I never saw them again.” Bumper, blank and spacey as ever: “What? I’m sorry, I didn’t hear what you just said.” Or the song that plays over the closing credits for Episode 5, the lyrics of which consist of a German profanity for excrement shouted over and over again.

But the series can’t quite sustain the kind of pacing it needs. A madcap energy might have served the material better and it wouldn’t have sacrificed the show’s good-hearted vibe. Things slow down considerably as it hits the halfway mark when the narrative is saddled with an earnestness it doesn’t actually need. It’s a truism good songwriters know, as well: You’ve gotta keep the people hooked.

How to watch: Peacock