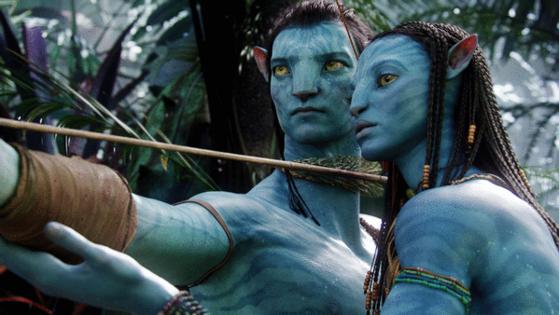 The movie they'd been working on for two years, the sci-fi epic "Avatar," was about to hit theaters — and there was some doubt as to how the film, with a reported production and marketing budget of $430 million, would fare with audiences.

"Jim told us that science fiction may not translate as well," Worthington told the Los Angeles Times ahead of the film's 4K theatrical rerelease, beginning Friday, designed to reintroduce the best picture nominee to audiences before its highly anticipated sequel "Avatar: The Way of Water" opens in December. "He said, 'When the movie comes out just take yourself away, out of the world for a bit. Go live on an island or go up a mountain and try not to read anything.' And I did."

By the time Worthington returned from a snowy getaway with friends — no talk of box office receipts allowed — the film was a massive global hit. "I pretty quickly realized my life had gone 180," said Worthington, who needn't have worried: The film scored nine Oscar nominations and won three and went on to gross $2.8 billion to date, with four new blockbuster-sized sequels on the way.

Written and directed by Cameron ("Titanic," "Aliens"), "Avatar" employed groundbreaking performance capture technology to tell the story of Jake Sully (Worthington), a paraplegic former soldier who operates a blue-skinned, 10-foot-tall genetically engineered avatar on the planet of Pandora. There, he falls in love with a local warrior, Neytiri (Zoe Saldana) and joins the Na'vi tribe to stop Earth colonizers from destroying their world.

Producer Jon Landau remembers those prerelease nerves — and the steadfast belief he and Cameron shared that audiences would connect with the wonderment of immersion in the vivid and imaginative world of Pandora.

Returning to screens in a new 4K remastering at a higher frame rate and with High Dynamic Range, the theatrical rerelease in both 2D and 3D will allow moviegoers to experience "Avatar" at a level of visual detail not possible during its initial run, says Landau. "Now there's such a broader range of colors and brightness levels that we can get on the screen," he said from New Zealand, emphasizing notable differences in the hues of the banshee creatures and in the bioluminescent flora of Pandora.

"Seeing it in 4K with dynamic range, I was more there than I ever was," said Landau, who also helped make the vibrant fictional world real, in theme park form, in 2017. "It was as if I was seeing the whole movie for the first time again."

Landau confirms that Cameron fielded suggestions to alter or add things to "Avatar" for its theatrical rerelease, as filmmakers like George Lucas and Steven Spielberg have done retroactively to their own classics.