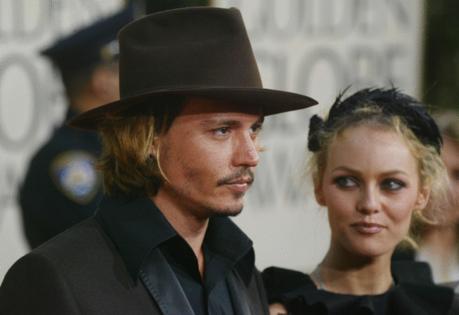 The “Pirates of the Caribbean” star, 59, is now reportedly dating Joelle Rich, one of the lawyers who represented him in his 2020 libel case against British paper, The Sun. Depp’s personal life has been a fixture on the internet throughout the year, thanks to his and Heard’s defamation suit — which he won — but for those who might need reminding of who else he’s dated, here’s a look at Depp’s love life.

Lori Anne Allison: Depp’s trainwreck of a marriage to Amber Heard, 36, wasn’t his first go-round with matrimony. He was 20 when he tied the knot with makeup artist Lori Anne Allison. They divorced in 1985, after which, Depp’s personal life involved a handful of fellow actors.

Amber Heard: Depp’s second, and far more notorious trip down the aisle, was to Heard. He and Heard in 2015 said “I do,” in a union that lasted just 15 months — though the resulting defamation trial, which spanned six weeks earlier this year, felt longer.

The former couple, who met on the set of “The Rum Diary,” was engaged in a vicious defamation trial stemming from Heard’s 2018 Washington Post op-ed, in which she referred to herself as “a public figure representing domestic abuse.” Depp, who sued for $50 million, was ordered to pay his ex-wife $2 million for her $100 million counterclaim. Heard was ordered to pay Depp $10.35 million.

Depp has racked up more former fiancees than Academy Award nominations — which he earned for his starring roles in “Sweeney Todd: The Demon Barber of Fleet Street,” “Finding Neverland,” and the first “Pirates of the Caribbean.”

Jennifer Grey: Just after splitting from fiance and “Ferris Bueller’s Day Off” co-star Matthew Broderick, the “Dirty Dancing” actress, 62, and Depp started dating in 1989. They were engaged within two weeks and single within nine months.

NEW YORK — Playwright Lynn Nottage described writing the opera adaption of her “Intimate Apparel” play as revisiting “an old friend” — and PBS viewers will get to experience the 2004 work which premieres Friday...Read More

Florence Pugh and Harry Styles go back in time in "Don't Worry Darling," Allison Janney has a very special set of skills in "Lou," and Tyler Perry tackles his passion project in "A Jazzman's Blues," all of which are among ...Read More