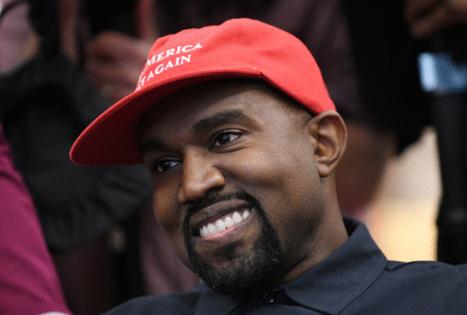 In a Thursday interview with Fox News, the rapper dismissed his haters and explained that his latest collaboration with the clothing store Gap is part of his mission to make fashion more egalitarian and accessible. He also clarified that the clothes are being displayed in construction bags, not trash bags.

"I'm not here to sit up and apologize about my ideas. That's exactly what the media tries to do: Make us apologize for any idea that doesn't fall under exactly the way they want us to think."

Ye's remarks come days after a viral tweet from @owen__lang showed the Yeezy merch piled in giant bags on the Gap floor. The tweeter claimed in the caption that a Gap sales associate said, "Ye got mad" when he saw the clothes on hangers and insisted employees return the items to the sacks.

In response to the photos, one person accused the musician of having a "fetish with the homeless as 'fashion muses,'" while another "couldn't imagine paying $200 for basic clothes out of a bag on the floor."

The "Flashing Lights" hit-maker has previously stated that his Yeezy-Gap collection, which ranges from a $40 lanyard to a $340 parka, was inspired by "the children" and "the homeless."

"It's not a joke," Ye told Fox News. "This is not a game. This is not just some celebrity collaboration. This is my life. I'm fighting for a position to be able to change clothing and bring the best design to the people."