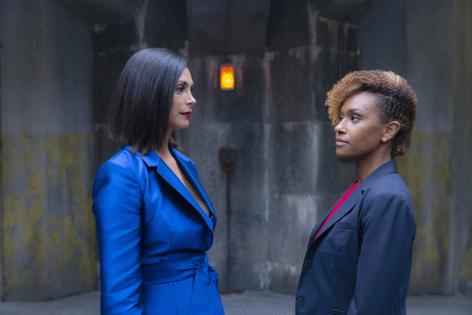 Q: There was a show called “The Endgame” on NBC this past year. The ending left you longing for more. Will it be back? I hope so.

A: Sorry to dash your hopes, but NBC decided not to continue the series starring Ryan Michelle Bathe and Morena Baccarin. Ratings were disappointing for the network. While its fans have called for a second season, so far I have seen no indication that will happen.

Q: Is Paddy Considine of “House of the Dragon” a member of the talented Considine family with Tim of “My Three Sons” and Disney films, and John, from the soap “Another World”?

A: No. Considine, part of the “Game of Thrones” prequel “House of the Dragon,” was born in England and began his acting career overseas. I have found no connection to the folks you mentioned.

Tim Considine, who passed away in March, was born in California, and after acting became known as “a sports and automobile photographer, writer and author,” The New York Times noted. He was the younger brother of John Considine, known not only for “Another World” but an array of other screen roles. And there were other famous family ties. For one, the journalist Bob Considine was Tim and John’s uncle.

Q: I’m a huge fan of “In the Dark” on the CW. The writing and acting are awesome. Please tell me it’s coming back for more seasons.

A: Again, I must disappoint. The current, fourth season of the series will be its last. Starring Perry Mattfeld as a very complicated blind woman, the show is expected to have its finale on Sept. 5. Series creator Corinne Kingsbury told TVLine.com that “we actually hadn’t gotten picked up as we were writing the end of the season, and we knew there was a possibility we wouldn’t get a Season 5, so we wrote and shot two endings — one with a cliffhanger, and one that wraps up our series in a satisfying way.”

Q: I have watched on the internet what seem to be previews for a sequel to “Call Me by Your Name.” Has a sequel actually been filmed?

A: No. Fan-made trailers for films that they would like to see are fairly common and that may be what you saw. There was talk about making a sequel to the award-winning film starring Timothee Chalamet. But last year, in a chat with Deadline.com, “Call Me” director Luca Guadagnino “made it sound doubtful. The whole thing has gotten complicated. Chalamet will be busy making blockbusters like 'Dune' sequels and playing the young Willy Wonka, and co-star Armie Hammer has been dropped from numerous projects over troubling off-camera allegations. But the fact is that Guadagnino himself is busy moving forward on his own films.” The director has reteamed with Chalamet and “Call Me” co-star Michael Stuhlbarg for “Bones and All,” a movie arriving later this year.

Q: When my sister and I were about 6 or 7 years old, we watched a show called “Sky King.” I was wondering if there are any reruns out there.

A: Kirby Grant was Schuyler “Sky” King, a rancher who with his plane the Songbird battled bad guys; he had help from his niece Penny (Gloria Winters), nephew Clipper (Ron Hagerthy) and others. At first on radio with a different cast, the TV show aired on NBC, ABC and CBS in the '50s and '60s. Reruns can be found on the streaming services FMC (or Free Movie Classics) and Tubi, as well as YouTube. There have also been DVD releases, including through www.skyking.com. And you may want to check out the Sky King Fan Club at www.angelfire.com/mi/freeper.