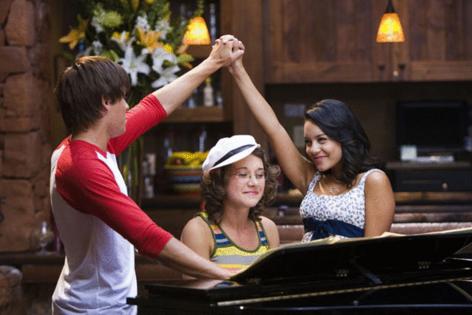 Where were you when the TV event of the season premiered on Disney Channel? (I was at a sleepover chugging Capri Sun and scarfing down those doughy sprinkled sugar cookies from the grocery store.) The year was 2007, the month was August, and school was just about to start — but at that moment, it truly felt like the real summer had just begun.

For any sane people out there who haven’t watched “High School Musical 2" approximately a thousand times since its highly anticipated Disney Channel debut and are in need of a refresher: The second film in the trilogy sees the East High Wildcats spend a summer working and/or lounging at the fictional Lava Springs Country Club in Albuquerque, New Mexico.

Leading up to the country club talent show, micro-conflicts abound, lots of teen angst ensues and several show-stopping numbers are performed by the returning ensemble. In the words of Sharpay, here’s how they rank, ranging from “absolutely” to "...not.”

Not even Efron and Hudgens’ endearing onscreen chemistry as star-crossed lovers Troy and Gabriella could save this talent show snooze-fest. If you’re surprised by this hollow number’s dead-last ranking, I can only assume it’s because you forgot it was in the movie at all, and I don’t blame you one bit.

Before Taylor’s Version, there was Sharpay’s Version — but unlike Swift’s re-recorded gems, some of Sharpay’s demo tracks probably should have stayed in the vault (looking at you too, “Humuhumunukunukuapua’a,” which hails from a deleted scene unwisely resurrected for an extended cut of the film). While the co-president of the drama club’s rockin’ rendition of “You Are the Music in Me” is a hard skip on the “High School Musical 2" soundtrack, Efron and Tisdale deserve points for conducting a masterclass in physical comedy in this scene.