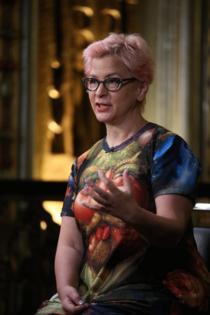 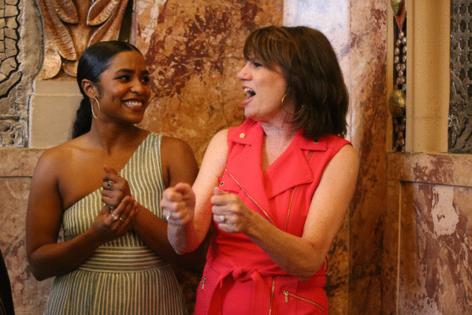 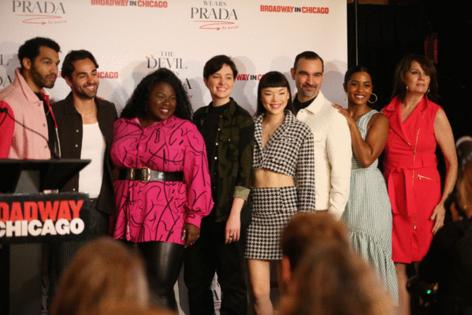 It's common knowledge that the coveted, cutthroat magazine depicted in the novel "The Devil Wears Prada" is a thinly veiled Vogue, where author Lauren Weisberger briefly worked as an assistant to longtime editor Anna Wintour. The 2006 film adaptation of Weisberger's book went on to gross $326 million worldwide largely because of its voyeuristic framing: Audiences could indulge in the excess and elitism of a widely worshiped style bible without actually reporting to Miranda Priestly, who plays a Wintour-esque character and degrades employees with a mere pointed look.

In fact, the movie made working under Meryl Streep's ice-cold editor seem simultaneously agonizing and alluring; watching Anne Hathaway's Andy suffer in that hellish assistantship was only slightly less satisfying than seeing her succeed. "If Weisberger's novel focuses obsessively on every sharp word and withering glance her evil dragon-lady boss ever threw her way, the movie lets us in on what keeps her there," wrote Carina Chocano in the L.A. Times' review of the movie.

A lot has changed in the years since "Prada'' premiered: Legacy magazines have stopped printing issues, social media has worn down the fashion industry's gatekeeping, abusive bosses are regularly exposed and ousted, and even top editors wear ugly sneakers to work. Producers of a Broadway-bound musical "Prada" promised to present "an updated version of the much-loved tale … to reflect the cultural and societal changes that have [since] redefined the fashion world."

Though the world-premiere run in Chicago doesn't deal with the industry's strides toward racial inclusion or body diversity, it does wrestle with our world's evolving attitudes toward workplaces. Amid the death of the "girl boss" and the ongoing Great Resignation, the musical's portrayal of the changing attitudes people have toward their jobs happens to be right on trend. A toxic commitment to the office, previously glamorized onscreen and standardized across society, is explicitly denounced in its 2022 setting.

With music by Elton John, lyrics by Shaina Taub and a book by Kate Wetherhead, this musical adaptation is very faithful to the beloved movie, but the setup of the story has been completely overhauled and more clearly specified. Played by Taylor Iman Jones, Andy — previously written in the book as a Ivy Leaguer and onscreen as a Northwestern alum — is now an exceptional graduate of UNC Chapel Hill, who earned prestigious writing scholarships and prizes and dreams of becoming a Pulitzer Prize-winning essayist.

After getting rejected by numerous New York media outlets, Andy gets a call from media conglomerate Elias-Clarke for an interview as soon as possible. She assumes the position is with her dream title, City Dweller; the exhausted human resources representative forgets to mention that it's at Runway, which Andy has only perused in her gynecologist's waiting room.

Miranda (Beth Leavel) clocks her as a "Type-A Gen Z feminist" who'd rather write for "a liberal echo chamber." Andy, with student loan debt and rent due, reassures Miranda that "my voice can wait" and touts her wits and work ethic to get the job.

Miranda's devout first assistant and resident girl boss Emily (Megan Masako Haley) then informs Andy that work-life balance is not a thing: "Eat, sleep and breathe the job, except don't sleep or eat," she sings. "Everything is life or death, your day is never done."

Unlike the media companies of the early aughts, Runway's parent company is just barely breaking even in 2022, thanks to declining circulation and loss of ad revenue. And though Runway is slightly in the black, it's still too costly and Miranda is pressured by the board of directors to cut costs. (An executive's mention of a six-figure reshoot, which made him laugh onscreen, is now delivered as a scold.)

Repositioning Runway in this way is key: When the magazine was a cash cow, virulent ambition and constant overworking seemed like means-to-an-end methods for success. But especially in the face of dwindling profits and prestige, these exploitative strategies can come off like mismanagement of resources.