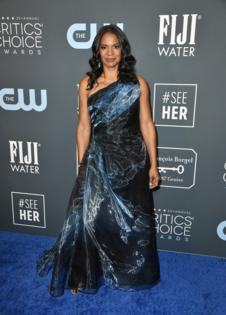 The six-time Tony Award winner will star in the limited engagement of Adrienne Kennedy’s “Ohio State Murders.” The production will be helmed by Kenny Leon and will be the first show at the newly renamed and renovated James Earl Jones Theatre (formerly the Cort Theatre).

The play will begin performances Nov. 11 prior to an official opening Dec. 8. Additional casting and creative team members will be announced at a later date.

“I am so thrilled. It’s only taken me 65 years to make it to Broadway!” Kennedy said in a statement. The Obie Award Lifetime Achievement recipient and Theater Hall of Fame inductee Kennedy was awarded the Gold Medal for Drama from the Academy of Arts and Letters earlier this year. The Pittsburgh-born Black Arts Movement figure’s plays also include “Funnyhouse of a Negro,” “June and Jean in Concert” and “He Brought Her Heart Back in a Box.”

“I’m honored and humbled to be part of Adrienne Kennedy’s long-overdue Broadway debut in the newly dedicated James Earl Jones Theatre with Kenny Leon,” added McDonald. “This timeless play has a powerful resonance and relevance today, and we can’t wait to share it with the world.”

Produced by Jeffrey Richards and associates, “Ohio State Murders” marks the 91-year-old African American playwright’s first Broadway production. The one-act drama centers on accomplished writer Suzanne Alexander returning to her alma mater as a guest lecturer to discuss the violence in her writing. She ends up recalling a vicious, race-related crime she endured 50 years before.

The main character is also featured in several of Kennedy’s plays, including “She Talks to Beethoven” and “The Film Club.” Kennedy, herself, graduated from Ohio State University in 1953 and received an honorary doctorate five decades later.

Currently starring on the HBO period drama "The Gilded Age," the actress who holds the record for performer with the most Tony Award wins was last seen on Broadway in 2019′s “Frankie and Johnny in the Clair de Lune.”