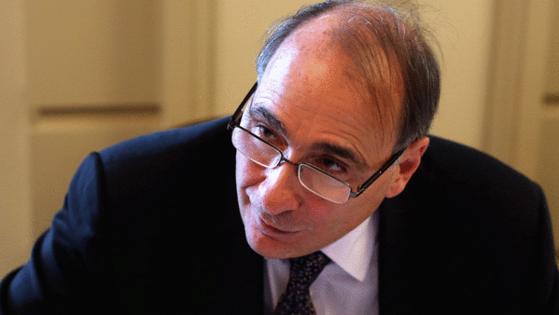 CHICAGO — You’ve likely heard this before, or felt it in your bones, but it’s horrifying, debilitating and worth repeating, especially right now, as we head into a political season: At least half of this country hates the other half. According to the Pew Research Center, 75% of Democrats think of Republicans as close-minded. And 64% of Republicans feel the same way about Democrats. Nearly 50% of Republicans think Democrats are lazy. And nearly 40% of Democrats think Republicans are idiots. Majorities in both parties believe the other does not share its goals. Worse, a study by the advocacy group More in Common found one’s education did not hugely affect those assumptions.

Is this any way to run a democracy?

The good news — according to another Pew study released last month — is nearly 60% of all Americans agree ... our democracy is not working as it was supposed to.

Nobody is reaching across the aisle, as they say.

But for nine years, from his office on the second floor of a house overlooking South Woodlawn Avenue, David Axelrod has tried. First, as the founder and director of the Institute of Politics (IOP) at University of Chicago, which promotes public service and an engaged democracy; then, beginning seven years ago, as host of “The Axe Files,” his popular, intimate and wide-ranging podcast created with CNN. That partnership, of course, would be a non-starter for many Americans. Then again, as yet another survey reported in May (conducted by bipartisan pollsters for IOP), a quarter of Americans are so angry at government they fear it will “soon be necessary to take up arms” against it.

A podcast won’t change that.

The tone is patient, and unusually persistent, allowing room for ideas, personal histories but also real answers, showing us politics as it exists out in the world, not how it should.

Which was an annoyance of Axelrod’s as a student at University of Chicago in the 1970s: He had worked in politics at 10, campaigning for New York City mayor John Lindsay, but while attending the famously cerebral school, politics became theoretical, abstract. Since then, Axelrod’s trajectory has been hands on, as a City Hall reporter for the Tribune, political strategist, architect of Barack Obama’s presidential runs then White House adviser. After a decade at IOP, he will leave in January, but “Axe Files” (and “Hacks on Tap,” his other podcast, with Republican consultant Mike Murphy and former White House press secretary Robert Gibbs, nearing 200 episodes) will continue.

On the occasion of the “Axe File’s” milestone episode, he sat to talk about himself. The following was edited and condensed for length and clarity from a longer conversation.

Q: I just wanted to say a lot of people don’t have access to streaming services like Hulu, Disney+, Discovery+, Netflix, Prime Video and so on. It would be hard to watch things ...Read More

The rumors are true: Alyssa Farah Griffin, the former director of strategic communications for the Trump administration, has replaced Meghan McCain on ABC’s daytime talk show “The View.” But she isn’t the only one....Read More

ATLANTA — This year’s Music Midtown festival, a showcase event slated to bring tens of thousands of people and big-name artists to Piedmont Park over two days in September, was canceled Monday in part due to the state�...Read More

NEW YORK — LBGTQ+ history will be made on the Great White Way.

Angelica Ross has been cast as Roxie Hart in “Chicago,” becoming the first openly transgender woman to play a leading role on Broadway.

Days after the "Batgirl" movie was unexpectedly canned by Warner Bros., Leslie Grace is opening up about the journey to nowhere.

Grace was set to star in "Batgirl," the straight-to-HBO-Max flick that spun off the "Batman"...Read More