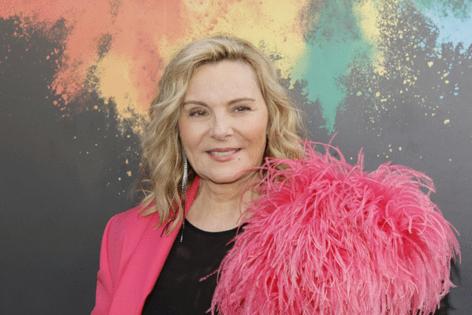 The former “Sex and the City” star has been tapped to play a makeup mogul on Netflix’s upcoming queer-themed series “Glamorous.”

The streaming giant announced the casting notice on Thursday to close Pride Month 2022.

The 65-year-old Golden Globe Award winner will get a chance to return to her fashion forward, no-nonsense sensibilities that made her “Sex and the City” character Samantha Jones iconic.

Addison is a fashion from a time when supermodels rules the word. Now, she’s behind the camera as the founder and CEO of the well-respected boutique beauty brand that bears her name. According to the logline, the quick-witted exec is transforming her business and sees an opportunity for Marco to become a major player.

Cattrall, who has famously distanced herself from the “Sex and the City” revival “And Just Like That,” is experiencing a career renaissance on streaming services — starring in the Hulu series “How I Met Your Father” and Peacock’s “Queer As Folk” reboot.

Production is underway for “Glamorous,” and a launch timetable has not been announced.