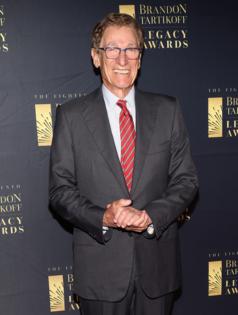 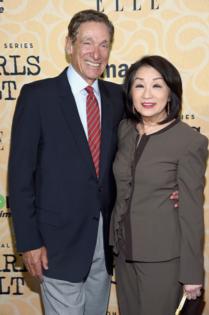 LOS ANGELES — Inside a studio in Stamford, Connecticut, a man and a woman were at each other’s throats.

Tashima and her live-in boyfriend, Darnell, were battling after he accused her of infidelity during their three-year relationship, including sleeping with the mailman. Darnell’s claim that he was not really the father of their young son infuriated Tashima, who demanded he step up, be a parent to his child and “put a ring on it.”

“Look at him! Look at him! You know you lying!” Tashima screamed, gesturing to a large picture of the young boy and singling out his resemblance to Darnell. The only thing louder than the yelling was the gleeful reaction from the packed studio audience.

As the rage escalated, Maury Povich, host of the daytime series “Maury,” tried to calm the couple down, asking them about the future of their relationship. He then reached for a sealed envelope containing the results of a paternity test. The audience cheered with anticipation.

“When it comes to 3-year-old Andro,” announced Povich as he read the results, “Darnell — you are NOT the father!”

As the audience roared, Tashima sprinted off stage. “Oh my God. Oh my God. I can’t live like this!!” she howled as she collapsed backstage, pounding the floor in anguish as Povich and Darnell attempted to comfort her. “I’m here, I’m not going anywhere,” Darnell said, embracing his girlfriend.

Although one crisis was resolved, another one — and another — would be introduced after the commercial break. And in each instance Povich, with a mix of wisdom, authority and warmth, was the calm at the center of the storm, taking on the role of TV’s symbolic father figure, one he’s held for more than three decades.

Until now. The 83-year-old host, who announced earlier this year that he is finally bringing the curtain down on “Maury,” has opened his last envelope. Original episodes will cease to air when the current season comes to an end in September.

Povich, a former newsman and “A Current Affair” anchor, has outlasted a steady stream of competitors amid shifting viewer tastes to become the longest-running daytime talk show host in broadcast TV history. Premiering in 1991 as “The Maury Povich Show,” “Maury” has carved out its own distinctive niche as a circus of human drama starring outrageous characters and showcasing volcanic disputes among warring families, cheating lovers and deadbeat fathers.

The syndicated series has continued to be a solid performer, attracting a daily average of 1.2 million viewers. Povich’s signature catchphrase (“You are/are not the father”), theatrics, backstage tantrums and the “baby daddy dance” performed when participants are pleased with paternity test results have delighted fans and inspired countless GIFs. The show has also drawn fire from critics who say its images are exploitative and offensive.