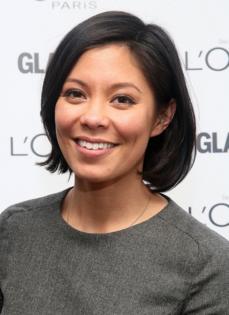 Alex Wagner, the former MSNBC daytime host who returned to the network earlier this year, is stepping in for Rachel Maddow.

Wagner, 44, will take over the 9 p.m. timeslot at MSNBC on Aug. 16, covering the news Tuesday through Friday while Maddow keeps her gig on Mondays, the New York Times reported Monday.

“This is not a show where our hair is on fire and we’re yelling past each other, and we’re creating these manufactured moments of tension,” MSNBC President Rashida Jones told the Times. “I really want the takeaway from this show to be a better understanding of what’s happening in the world.”

Wagner, believed to be the only Asian American to host a prime-time cable news program, hosted the weekly “Now with Alex Wagner” at MSNBC from 2011 to 2015, then moved on to co-anchor “CBS This Morning Saturday” and serve asa senior editor at The Atlantic magazine.

MSNBC’s nightly news cast will still begin with Ari Melber at 6 p.m., Joy Reid at 7 and Chris Hayes at 8. After Wagner, Lawrence O’Donnell takes over at 10 p.m. and Stephanie Ruhle at 11.

Maddow announced in April that she would be cutting her show back to once a week while she works on other projects, including the Ben Stiller-directed movie adaptation of her book and podcast, “Bag Man,” about Richard Nixon’s vice president, Spiro Agnew.