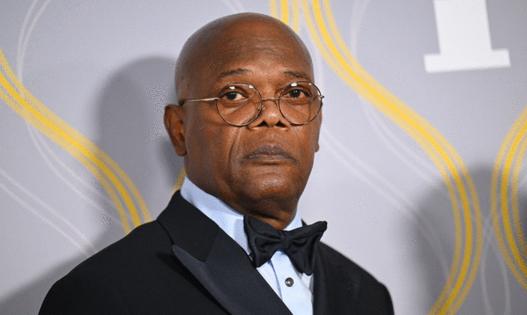 Thomas, who is married to a white woman, had indicated in an opinion concurring with the controversial decision to overturn women’s constitutional abortion right that the underpinning of the Roe v. Wade reversal puts other established rights on the table as well. Legal experts have warned that contraception and same-sex marriage rights could also be overturned, under the same logic.

One of those potential upsets could come in marriages between Black and white people. Observers have noted that Thomas did not mention interracial marriage in his list of established rights that could be attacked if the anti-Roe v. Wade decision’s logic is taken to its most literal conclusion.

The actor also used the word “Uncle,” possibly hinting at “Uncle Tom,” referring to a black man considered to be servile to white people.

Jackson himself earned some pushback from people such as Texas Sen. Ted Cruz, who clapped back at a character that the actor had played in “Django Unchained.”

“The hateful bigotry of the Left knows no bounds,” said the Republican senator, without distinguishing between the reality of a lack of access to health care for women, and Jackson’s depiction of a fictional character.

Justice Samuel Alito has said that the 6-3 decision applies only to a woman’s right to an abortion, not to anything else. But Thomas urged the court to reconsider the rulings that apply to same-sex marriage, intimacy and to birth control.