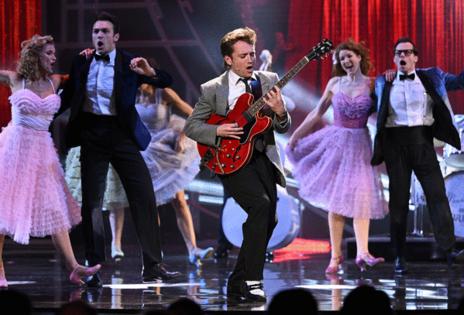 “Back to the Future,” the West End hit musical based on the 1985 hit movie starring Michael J. Fox and Christopher Lloyd, will debut in 2023 on Broadway, producers announced Wednesday.

“Synchronize Your Watches — The Future’s coming to Broadway in 2023!!!” a tweet from the producers announcing the news went up Wednesday, including a clip of actors Olly Dobson, playing the role of Marty McFly, and Tony Award winner Roger Bart as Emmett “Doc” Brown in the time-traveling DeLorean.

Original “Back to the Future” writer Bob Gale wrote the book for the Jamie Lloyd-helmed production, which won the 2022 Olivier Award for best new musical.

No details on casting, which Broadway theater or the specific opening date were made available.