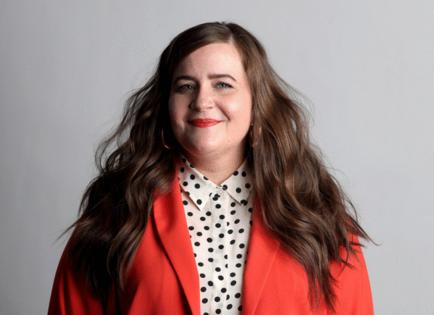 NEW YORK — Aidy Bryant felt it was the right time for her “Saturday Night Live” finale.

The comedian told Variety that she considered ending her run on the NBC sketch comedy series in previous years, but had reasons to return before appearing on her final episode last month after 10 seasons.

“If it weren’t for COVID, I probably would have left a few years earlier,” Bryant, 35, told the entertainment outlet. “But it was such a huge change. When COVID hit, it was so jarring that we were all like, ‘I’m definitely going to come back next year.’

“And then I had to shoot (the comedy series) ‘Shrill’ for half of last season, and so I missed a lot. And then it was like, ‘Well, now I should go back one more.’ I kept trying to seek one last normal year. This year wasn’t the normal year that I hoped for, but it was closer to that.”

Bryant is one of several high-profile cast members who decided to leave “SNL” after its 47th season wrapped up in the spring. Pete Davidson, Kate McKinnon and Kyle Mooney will also not return next season.

“I went to his office and was like, ‘I gotta talk to you.’ I was scared because I feel close to him and so grateful to him,” she told Variety. “I didn’t want it to come off like I was leaving angrily. I am leaving with so much love. He was like, ‘I understand, and it makes sense for you.’”

In addition to her work on “SNL,” Bryant is known as the star and one of the developers of “Shrill,” which ended its three-season run earlier this year. She is a four-time Emmy nominee, receiving three nominations for “SNL” and one for “Shrill.”