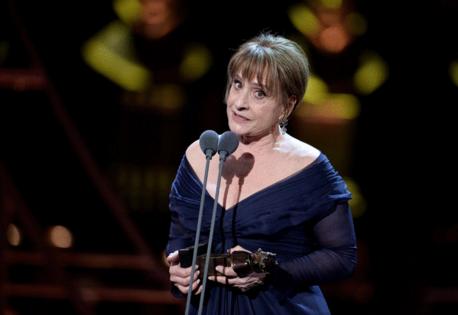 NEW YORK — Broadway will soon have a little less “Company.”

The gender-swapped version of Stephen Sondheim’s relationship-centric musical will close on the Great White Way on July 31, the production team announced late Tuesday.

“It remains the honor of a lifetime to bring Stephen Sondheim and George Furth’s masterpiece to Broadway in Marianne Elliott’s Tony Award-winning reimagined production,” producer Chris Harper said in a statement.

“It is a testament to the dedication of everyone who works on the production that we have withstood all the challenges that Broadway has faced over the last two years to share this show with our amazing audiences.”

By the time the musical closes, “Company,” starring Katrina Lenk and Patti LuPone, will have run for 300 shows on Broadway.

A North American tour of “Company” is planned for the 2023-24 season, the producers said.

The reimagined show opened for previews on March 2, 2020, and was promptly shut down for more than 18 months during the pandemic before resuming previews on Nov. 15.