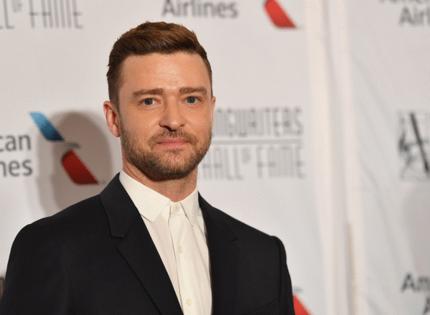 News that he sold the rights to his song catalog to Hipgnosis Song Management, a billion-dollar fund backed by private equity firm Blackstone, broke Thursday.

First reported by The Wall Street Journal, the deal was reported to be valued at just above $100 million, giving the London-based company full ownership and control over the former NSYNC frontman’s interest in some 200 songs he wrote or co-wrote throughout his entire career.

“I am excited to be partnering with [Hipgnosis’s CEO and founder] Merck [Mercuriadis] and Hipgnosis – he values artists and their creative work and has always been a strong supporter of songwriters and storytelling,” Timberlake said in a statement. “I look forward to entering this next chapter.”

Previously released tracks such as the Hot 100 chart-toppers “SexyBack,” “My Love” and “Can’t Stop the Feeling” are part of the deal which pertains to Timberlake’s publishing rights but not his recording rights.

The “Cry Me A River” crooner wasn’t a songwriter on the bulk of *NSYNC’s best-known hits such as “Bye Bye Bye” and ‘It’s Gonna Be Me.”

Future recordings are not included in the deal with Hipgnosis, which has reportedly done similar business with Beyonce, Barry Manilow, Jimmy Iovine, 50 Cent and RZA among others.

At 41, Timberlake is much younger than most of the veteran rock stars – such as Bob Dylan, Tina Turner, Bruce Springsteen, Sting and Stevie Nicks – who’ve sold rights to their music and likeness.

He is the latest of a younger crop of artists cashing in on their catalogs.

Fellow pop acts like Bruno Mars and John Legend are getting involved in the growing music acquisition market.

And Legend, 43, sold both the copyrights to and royalties from music he wrote from late 2004 through early last year.