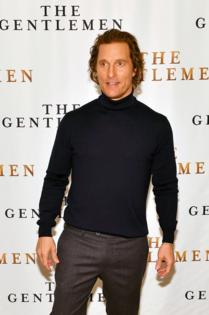 Matthew McConaughey urged Americans to “find a common ground” after at least 21 people, including 19 children, were killed in an elementary school shooting in his hometown of Uvalde, Texas, on Tuesday.

The Oscar-winning actor stressed the need to “renegotiate our wants from our needs” in order to find a solution to the gun violence issues that continue to devastate the United States.

“This is an epidemic we can control, and whichever side of the aisle we may stand on, we all know we can do better,” McConaughey wrote in a message shared on social media.

“We must do better. Action must be taken so that no parent has to experience what the parents in Uvalde and the others before them have endured.”

Two teachers were also killed in the shooting, which occurred at Robb Elementary School in Uvalde, about 85 miles west of San Antonio.

The suspected shooter was identified Tuesday as Salvador Ramos, 18, a resident of Uvalde, according to Texas Gov. Greg Abbott. The governor said Ramos was killed by police.

“The true call to action now is for every American to take a longer and deeper look in the mirror,” McConaughey wrote, “and ask ourselves, ‘What is it that we truly value? How do we repair the problem? What small sacrifices can we individually take today, to preserve a healthier and safer nation, state, and neighborhood tomorrow?’ We cannot exhale once again, make excuses and accept these tragic realities as the status quo.”

The tragedy in Uvalde took place less than two weeks after 10 people were killed and three others were wounded in a racially motivated mass shooting at a Tops supermarket in Buffalo, New York. Eleven of the 13 victims were Black.

McConaughey, 52, was born in Uvalde in 1969. The actor, who is known for films such as “Dallas Buyers Club” and “Interstellar,” announced in November that he wouldn’t run for governor of Texas in 2022 after widespread speculation.