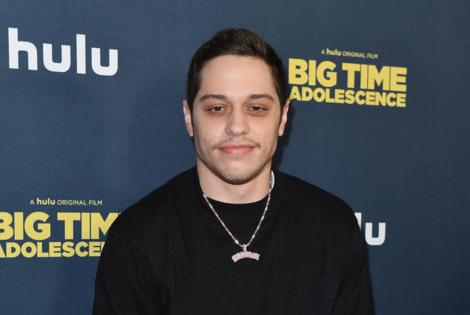 According to a Friday report from Variety, Davidson will officially depart Studio 8H after the Season 47 finale airs this weekend. Davidson became one of the TV institution’s youngest cast members ever — he was just 20 — when he made his “SNL” debut as a featured player in 2014.

Representatives for “SNL” did not immediately respond Friday to a the L.A. Times’ request for comment.

Upon joining the ensemble of “SNL,” Davidson quickly became a standout thanks to his self-deprecating comedy style and charming tendency to break character onstage.

His most popular recurring role on the series is Chad, a spacey skater boy who can’t be bothered to react or say much more than “OK!” amid acutely distressing or uncomfortable circumstances. Additionally, he has portrayed several public figures on the program, including former New York Gov. Andrew Cuomo, Oscar winner Rami Malek and rapper Machine Gun Kelly.

At one point, the comic was engaged to Grande, who is now married to real estate broker Dalton Gomez. Currently, Davidson is dating reality TV star and beauty mogul Kim Kardashian.