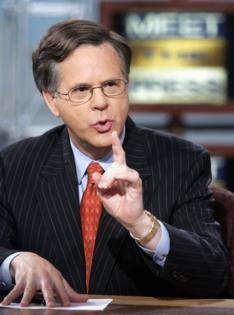 NBC News president Noah Oppenheim called the 70-year-old newsman, who has covered the Supreme Court and Department of Justice, “quite simply one of the most respected, trusted, and steadfast names in news.”

Among Williams’ biggest scoops while covering five presidential administrations was his January report on the retirement of Supreme Court Justice Stephen Breyer. According to NBC News, Williams said during a conference call with colleagues on Thursday, “Stephen Breyer is leaving, so I think this is a good time for me to go, too.”

Williams, a Wyoming native, joined NBC News in 1993. Prior to that, he served on the staff of Wyoming Rep. Dick Cheney, who went on to become the nation’s vice president.

He reportedly told colleagues that there is still a lot of work to be done before he signs off for the last time.