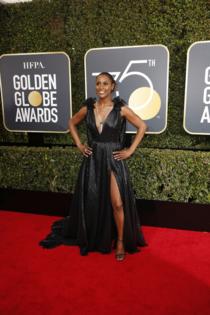 With "Insecure" in the history books, Issa Rae is diving deeper into the music industry.

Raedio, Issa Rae's "audio everywhere company," has partnered with Google for the Raedio Creators Program, designed to support emerging artists. Under the program, two female artists will create their own EPs of three to five songs each, with recording fees, producer costs, marketing expenses and a music video entirely funded through Google.

The artists will also retain full ownership of the project, which will be distributed by Raedio.

Additionally, two women composers will receive funding to create music for TV, film, commercials and promotional campaigns. Google will cover all recording costs and artist fees, while Raedio's music supervision department will work to get the creations placed in various projects.

The news was first reported Thursday by Billboard.

"This partnership is perfectly aligned with my mission in helping open doors and provide opportunities for women to succeed and flourish in their craft," Rae said in a statement to the music news outlet. "I can't wait to see the impact this program and partnership has on the selectees and the music that is created as a result."

Artists and composers can apply for the program beginning in February, and recipients will be announced in March.

The announcement comes on the heels of Rae's harsh comments about the music business in an interview with the Los Angeles Times that ran simultaneously with the "Insecure" series finale in December.

"It's probably the worst industry that I have ever come across," she said. "I thought Hollywood was crazy. The music industry, it needs to start over. Conflicts of interest abound. Archaic mentalities. Crooks and criminals! It's an abusive industry, and I really feel for artists that have to come up in it."

Rae admitted the messiness came as a bit of a surprise but said it motivated her to try to change things for the better.

"It was kind of shocking," she continued. "I don't want to get too specific, but even in crafting our own deals [for soundtracks] with labels or artists, it would be so convoluted. And finding out how artists were treated at other labels … Being a creator myself and knowing what I want in terms of a relationship with a production company or a producer, I'd like to think that we're more artist-friendly than a lot of other labels and companies out there. I want to revamp things."

There was a time I felt sorry for Louie Anderson.

After a stupendous run in the 1980s and '90s that included a legendary debut on "The Tonight Show With Johnny Carson," an Emmy Award-winning children's series and sold-out...Read More

Supermodels and musicians are among those paying tribute on social media to French fashion designer Manfred Thierry Mugler, who died Sunday at age 73.