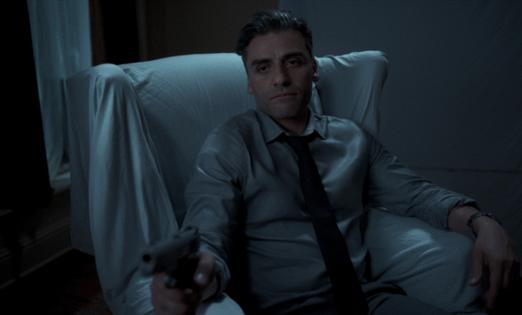 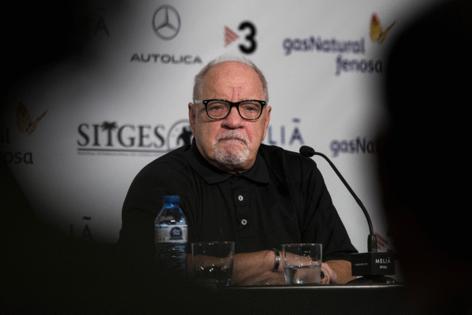 "I've gone back to it four or five times, indirectly other times," says the writer of "Taxi Driver" and writer-director of "American Gigolo," "Light Sleeper," "First Reformed" and last year's "The Card Counter" — all specimens of this cinematic category he embraces as his own.

"I stumbled on it with 'Taxi Driver.' It was transplanted from fiction; it really wasn't a movie genre: the existential hero. It was out of European, 20th century fiction — Dostoevksy, Sartre, Camus. I discovered it was something I was good at; it was natural to me and other people weren't doing it."

He delightedly quotes a review of the new film that says he's working in a genre of his own making: "It doesn't get more complimentary than that.

"When you have idiosyncratic gifts, you think it's the easiest thing in the world. Then you see people trying to copy 'Taxi Driver' and you think, 'Well, it's a lot harder than I thought,'" he says with a laugh. "You look at Preston Sturges and say, 'That's easy,' and you try to do it and you say, 'That's hard.'"

"The Card Counter" finds that lone man played by Oscar Isaac; his rooms are hotel accommodations made more faceless by his own idiosyncrasies (such as wrapping the furniture in blank cloth). The former Marine now called William Tell has, since his release from prison, become a quiet, methodical poker player mechanically executing gambits, controlling his environment. Eventually relationships develop (with characters played by Tiffany Haddish and Tye Sheridan) that shake him from his doldrums and force him to confront a past he long ago deemed unforgivable.

"What could he have done that he can't forgive himself for?" Schrader ponders. "Even serial killers and Ponzi-scheme guys have justifications. Then I thought of Abu Ghraib — to besmirch the image of your nation. You'll die and everyone else will die, and that stain will remain. There's nothing you can do about it; it will always be a stain on your country and you put it there."

In "The Card Counter," there is a showboating, star-spangled gambler, Mr. U.S.A., who's from Ukraine. The protagonist is called Bill, and there's a hefty one coming due, and of course a Tell is any poker player's Achilles heel. The emptiness of routine is a defining characteristic of this world: Bill's rote existence is his flatly played profession, a kind of background thrum like the Zen of repeating a task until the task disappears.

"He's waiting," says the writer-director. "He doesn't have the courage to die or the will to live. He's in a limbo of unforgiveness. Society has forgiven him, but he hasn't."

The writer paraphrases a bit of Bill's emotionless narration:

LOS ANGELES — Maybe you saw "Dune" and found it cold and a little bit tiresome in the way it seemed to be allergic to fun. Or perhaps you found Denis Villeneuve's epic adaptation arresting and involving, full of meaning ...Read More

“Grand Canyon” struck a nerve when it hit movie theaters 30 years ago.

Spencer Elden, the 30-year-old artist who was photographed naked as a baby for the cover of Nirvana’s “Nevermind” album, is still pursuing his federal personal injury and child pornography lawsuit against the band.

LOS ANGELES — Ye, the rapper formerly known as Kanye West, is being investigated for criminal battery by Los Angeles police after he allegedly punched a fan who asked for his autograph outside a downtown nightclub early ...Read More

Musician John Mayer and comedian Jeff Ross teared up while swapping stories about their love for Bob Saget — and Saget's love for them — while they were retrieving their mutual friend's car from the airport Wednesday. ...Read More