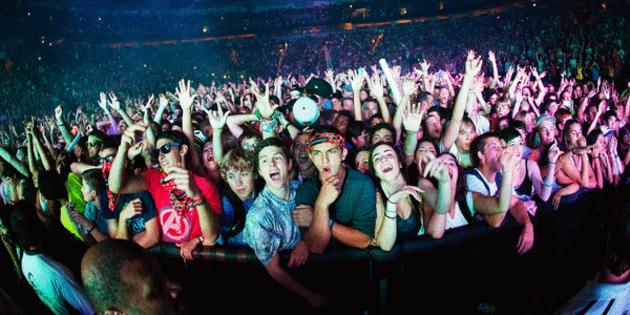 SEATTLE — There are still many unknowns as Bumbershoot awaits its pandemic-delayed relaunch. But the key question of who will take the reins of the Labor Day weekend festival has finally been answered.

As the beloved music and arts festival looks to rekindle its offbeat identity, a fledgling arts organization run by established players in Seattle's music and arts community has been named Bumbershoot's next producer. After a three-month search and review process, a group led by Neumos co-owner Steven Severin, artist/entrepreneur Greg Lundgren and veteran concert promoter Joe Paganelli has been selected to reimagine what has been one of the city's flagship cultural events for roughly 50 years.

Severin and his startup organization, New Rising Sun, are plotting a number of significant changes, hoping to bring back some of the bohemian magic of Bumbershoot's heyday and keep the festivities rolling throughout the year.

"It's not about us," Severin said. "It's really about the arts in the Pacific Northwest and what we have here, which is a treasure trove. There's so much cool [expletive] that happens here and you gotta dig for it a little bit. We're going to take some of that digging out for the people that either don't want to or don't have the time, and put it on a grander scale for people to be able to experience it."

Between the pandemic and an abbreviated timeline to put on a large festival this fall, Bumbershoot will not return in full form this year, Severin said. Instead they're eyeing a 2023 comeback. And going forward, Bumbershoot won't be confined to Labor Day, with various year-round events — anything from waterfront concerts to interactive art installations — at Seattle Center and beyond.

Dating back to its 1971 inception as a free festival at Seattle Center, Bumbershoot has never been just a music festival. But in recent years the three-day event's lineups have more closely resembled mainstream music fests in the vein of Coachella or Lollapalooza, with ticket prices to match. New Rising Sun wants to create a more affordable event less dependent on big-name headliners, while elevating other artforms and potentially utilizing unexpected spaces around Seattle Center's campus.

Showcasing art in unconventional places is somewhat of a specialty for Lundgren, the group's creative director who founded Museum of Museums in a vacant Swedish medical building. (Lundgren's other projects include the Out of Sight arts exhibition and cocktail bar/art gallery the Hideout.) Their third partner, Paganelli, who initially approached Severin with the idea, should know his way around the Seattle Center campus as the general manager of McCaw Hall — a role that caused him to recuse himself from the pitch process, Severin said.

New Rising Sun was selected after the city sent out a request for proposals last fall, yielding six bids from a mix of local organizations and out-of-state festival producers. From there, Severin's group emerged from a shortlist of three candidates that also included Seattle-based Synchronicity Events. Seattle Center Director Robert Nellams said the group's ties to the local music and arts community and vision for a more-than-music event "that could touch a lot of the arts and cultural groups in our community" made them the clear choice.

"It was very important to me that if we were going to have that name Bumbershoot being used again that it needed to be with an entity that understood it and could respect the history, but also create a new vision going forward," Nellams said. "That's what I believe New Rising Sun has the ability to do."

While New Rising Sun has been awarded the rights to produce Bumbershoot, the length and terms of the contract are yet to be negotiated. Past contracts have generally lasted from three to five years — any longer and Nellams would need to seek City Council approval, something he wouldn't mind doing as the city looks to bring stability to an event that has faced financial challenges in recent years. "We're thinking long term," he said.