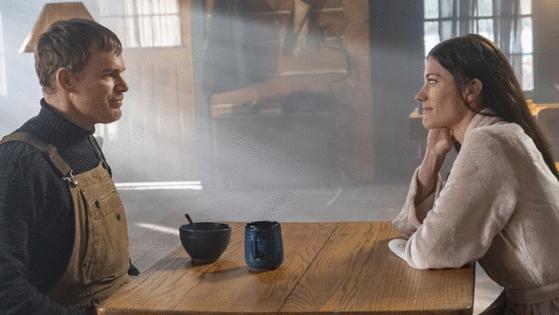 The second time around worked like a charm for “America’s favorite serial killer.”

“Dexter: New Blood” has shattered ratings records and made history for Showtime.

Sunday night’s series finale drew 3 million viewers, making it the biggest Showtime finale since the Season 3 finale of “Homeland” in 2013. Written by series showrunner Clyde Phillips, the series also set a new Showtime record with 2 million viewers from streaming and on demand platforms on Sunday.

“We’re thrilled by the overwhelming response from the millions of fans of DEXTER: NEW BLOOD these past 10 weeks,” Showtime president Gary Levine said in a statement Tuesday. “Whether they loved the finale or couldn’t bear to see it end, we so appreciate their passion. Our deepest thanks to Michael, Clyde, Scott and Marcos for delivering a profoundly powerful conclusion to our beloved and extraordinary series.”

Originally airing for eight seasons from 2006 to 2013, the acclaimed series centered on a Dexter Morgan, a forensics expert — played by Michael C. Hall — living a secret double life as an avenging serial killer.

“New Blood” picked up nearly a decade later, with the titular character now living under an assumed name in the small town of Iron Lake, New York. Despite embracing his new life, a series of unexpected events revives his urge to kill.

All previous seasons of “Dexter” are streaming on Showtime.