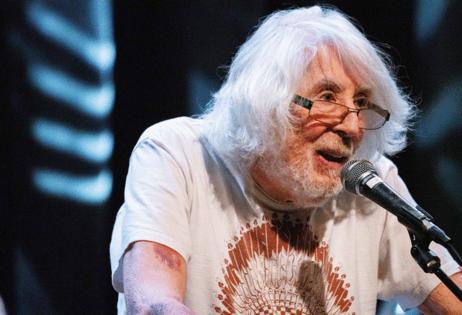 Now, 54 years later, the end of that road appears to be looming for the man whose pioneering band, The Bluesbreakers, served as the launching pad for a bevy of talented young musicians bound for stardom. Some key examples include the Rolling Stones' Mick Taylor, Cream's Eric Clapton and Jack Bruce, and Fleetwood Mac's Peter Green, Mick Fleetwood and John McVie.

"When you get in John's band, you've pretty much made it to the pinnacle. I mean: Where do you go from there?" said guitarist Walter Trout, 70, who played with Mayall for much of the 1980s.

Mayall's current concert trek ends Dec. 17, after which he has no other shows currently scheduled.

His next (and possibly last) album, "The Sun is Shining Down," will be released Jan. 28 — nearly one year to the day after this year's release of his 35-CD career retrospective box set, "John Mayall: The First Generation."

His pending concerts could be a bittersweet combination of celebration and reflection for this tireless champion of American blues. Ditto for the three members of his current band and his long-devoted fans.

Mayall announced this fall that he is bowing out from touring, although the Los Angeles-based singer, harmonica player, guitarist and keyboardist hopes to do some periodic one-off gigs in and near Southern California. He moved from his native England to L.A. in 1967.

"I have decided, due to the risks of the pandemic and my advancing age, that it is time for me to hang up my road shoes," Mayall, who turned 88 on Monday, said in a Sept. 22 statement.

"As a result, I will be radically reducing my touring schedule and will be limiting my performances to local shows near my home in California and the occasional concert further afield. My epic road dog days, however, have come to an end."

Those days have been epic indeed. The number of concerts Mayall has performed number in the thousands. His career began nearly 60 years ago in England, where he soon earned acclaim as a first-rate band leader, devoted performer and unusually astute judge of young talent.