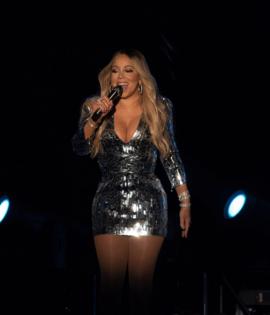 NBC debuts a new Kelly Clarkson Christmas special on Wednesday while bringing back the live musical on Thursday with “Annie Live!” The network also concludes “La Brea” Tuesday, the same day USA and Syfy wrap season one of “Chucky.”

The longest-running scripted non-animated comedy of all time, FXX’s “It’s Always Sunny in Philadelphia” returns for its 15th season on Wednesday. Also, “The Real Housewives of Orange County,” which launched many spinoffs, returns on Bravo the same night for its 16th season.

Over on Netflix, the third and final season of “Lost in Space” drops Wednesday, the same day as Roku brings back NBC’s “Zoey’s Extraordinary Playlist” as a Christmas movie after NBC canceled the show. Netflix also concludes its popular series “Money Heist” Friday.

This covers Monday, Nov. 29, through Sunday, Dec. 5. All times Eastern.

“The Housewife and the Shah Shocker” 12:01 a.m. Hulu — Sifting through “The Real Housewives of Salt Lake City” star Jen Shah’s alleged involvement in a telemarketing scheme that preys on the elderly and the criminal charges that she faces.