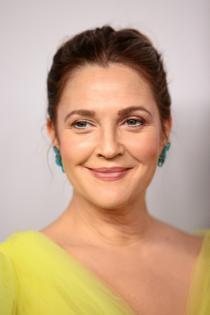 Drew Barrymore was in Chicago recently filming segments that have been airing throughout the month on her daytime talk show “The Drew Barrymore Show,” including stops at Cloud Gate, aka The Bean, in Millennium Park. Why feature Chicago? “It’s just a really important city for me,” she said. “I feel like I have a history with it, growing up in (filmmaker) John Hughes’ world. He shaped so many of us and was such an important storyteller for so many of us growing up.”

And then of course, there is Barrymore’s own Chicago-set movie, the romantic comedy “Never Been Kissed.” Barrymore’s career as an actor is a long one, stretching back to her breakout role at age 6 in “E.T. the Extra-Terrestrial,” and her credits in the years since include everything from “Fever Pitch” to “50 First Dates” to “Charlie’s Angels” to the Netflix horror-comedy “Santa Clara Diet.”

When asked about a worst moment in her career, the story she told was a recent one.

“We were launching the talk show, so this was September of 2020. There was no audience because of the pandemic, so it was a skeleton crew and everyone was in masks. We were all terrified. And we were doing it live, instead of taping episodes ahead of time.

“There was someone who worked on the set who would direct where everyone was supposed to go. And because it was live, there was not a lot of time to mess around and sometimes this person would yell at me to get from somewhere to another point. And he was yelling because he probably felt under pressure, he wasn’t trying to do anything wrong. But there were times when I would literally burst into tears, and then they would be like, ‘And we’re live in five, four, three, two …’ and I would be like, ‘Oh my God.’ The more you get close to going live, the more the avalanche (of tears) comes.

“And so, instead of having it out with this person in front of everybody, I decided to say, ‘Could you come into this quiet area with me off the set?’

“And I said: ‘Listen, literally every time you yell at me, I’m going to burst into tears and I don’t know how to transition. I’m not fake — I can’t go from feeling yelled at to smiley and happy. It’s really messing with me, so can we talk about how we have our process together? Because I really like you and I want to figure this out, but I need help.’

“And because of that, we got to know each other better and became better friends from it. He realized, oh, she needs a gentler approach. I think we also had a wink; if he started getting kind of riled up again, I would just look at him with wide eyes and he would know, like, I gotta calm it down. In live TV it’s like scuba, you create all these signals for ‘Please don’t do that right now, I can’t handle it,’ or ‘Remember what we talked about!’

“And I swear, we just became much better friends and had a really good time working together after that, because we had been through something and came out stronger, closer, more honest and better on the other side. Avoiding it is what makes it way worse.