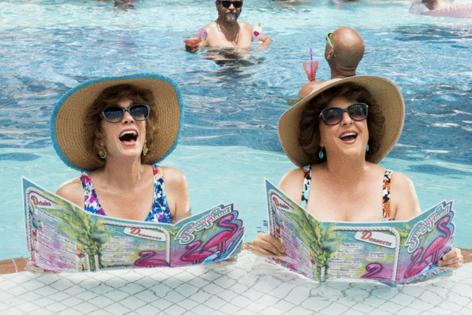 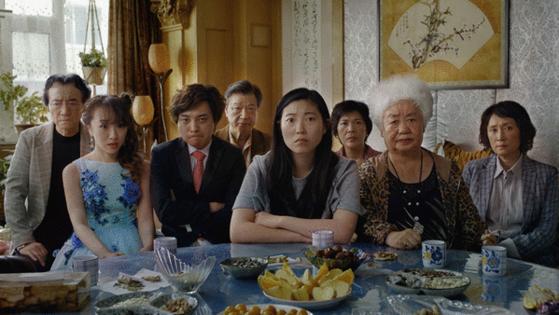 Movie recommendation lists for Thanksgiving are always filled with the same titles. “Planes, Trains, and Automobiles,” “Pieces of April,” “Home for the Holidays” are the most frequent repeat offenders, likely because there just aren’t that many movies about Thanksgiving itself. But Thanksgiving weekend is indeed prime viewing time, with all the dinner-digesting and flannel wearing the holiday entails.

This year, set aside the football and “Lord of the Rings” marathons and check out something fresh and different. Here are a few recommendations for films to watch with your loved ones or without, and if Thanksgiving was a disaster, we got you covered on that front too. Cooking all day is tough, you shouldn’t have to scroll for hours either, so here are a few streaming suggestions to have in your back pocket.

Laughter can surely help the digestive process, right? Try the delightfully silly comedy “Barb and Star Go to Vista Del Mar” starring Kristen Wiig and Annie Mumolo as the titular besties, as they head out on a loopy, adventure-filled vacation. This absurd comedy has a few naughty moments played for laughs, but is otherwise okay for the family, at a PG-13 rating. Stream it on Hulu.

You can never go wrong putting on a Christopher Guest classic for a crowd, and fortunately, one of his best, “Best in Show,” is streaming on HBO Max. A great pairing with the National Dog Show on Thursday, and also for any “Schitt’s Creek” die-hards who want to see Eugene Levy and Catherine O’Hara together before they were the Roses.

Another fun family option: the 2020 Los Angeles-set music movie “The High Note” starring Tracey Ellis Ross as a Diana Ross-like diva, and Dakota Johnson as her assistant who aspires to become a producer. This dreamy showbiz family drama is easy like Sunday morning and streaming on HBO Max.

For a family movie that’s a bit more moving, Lulu Wang’s “The Farewell” starring Awkwafina is a beautiful tribute to the things we do for our cherished, flawed and funny family members, and of course, the huge meals we share. Stream it on Amazon Prime or Kanopy.

Rebecca Miller’s quirky family dramedy “Maggie’s Plan” stars Greta Gerwig in a topsy turvy blended family rom-com; stream that on Hulu. Another unconventional family indie, “Captain Fantastic,” stars Viggo Mortensen as a patriarch raising a gaggle of offspring off the grid in the woods, and their tentative venture back into society. Stream it on Netflix. Pablo Schreiber and Jena Malone star as a couple trying to put the pieces back together after prison and building a family in Sabrina Doyle’s moving 2021 film “Lorelei,” streaming on Kanopy or available for a $3.99 rental. Nicole Beckwith’s gently humorous dramedy “Together Together” stars Ed Helms and Patti Harrison as two individuals fumbling to find connection, as a single aspiring father and his birth surrogate. Stream it on Hulu. Julia Hart’s indie superhero flick “Fast Color” is a lovely antidote to Marvel fatigue. Stream it on Hulu and Epix.

If dinner went horribly awry or you’re feeling like a Thanksgiving scrooge, there are films for that mood too. First and foremost, Trey Edward Schults’ “Krisha,” a chaotic holiday indie film starring his aunt, the formidable Krisha Fairchild, and the rest of his family, shot over a long Thanksgiving weekend in their home. If Thanksgiving left you frazzled, perhaps the manic rhythms of “Krisha” will soothe your soul. Stream it on Showtime and Kanopy.

Michael Angelo Covino’s “The Climb” didn’t get enough eyes on it when it was released in November 2020, but the film is finally available on Starz and Topic for a $2.99 rental and it’s truly the modern holiday buddy comedy classic this era needs. Following the tortured but enduring friendship between Michael and Kyle, this is the kind of bittersweet tale that strikes the perfect chord for an imperfect holiday.

If you need to remind yourself that dinner could have been worse, try Mike White’s quietly seething cringe fest “Beatriz at Dinner,” streaming on Hulu, and starring Salma Hayek, Connie Britton and John Lithgow.

When all else fails, Nora Ephron’s autumnal rom-com spectacular “You’ve Got Mail” is streaming on HBO Max.